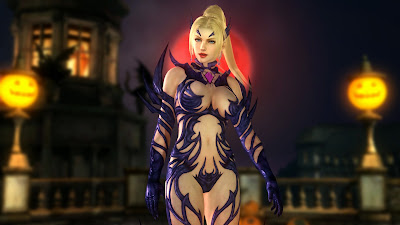 While I am not a fan of Tecmo Koei's nickle and dime technique for DOA5 DLC, this one has me interested. Well, that and I am a DOA fan! Just in time for Halloween, Team Ninja is giving use a FREE Halloween skinned stage, Haunted Lorelei, and a Costume Pack for $25. It may seem like quite a bit (it is, costing more than half of the MSRP of DOA5U), but you do get a Halloween costume for every character. 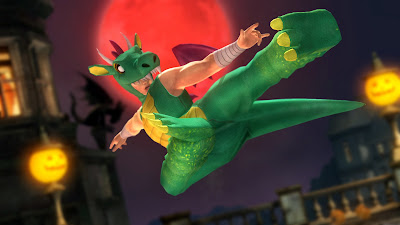 Some are pure fan service, some are strange and some are just awesome!

A trailer and more pics await you after the break! 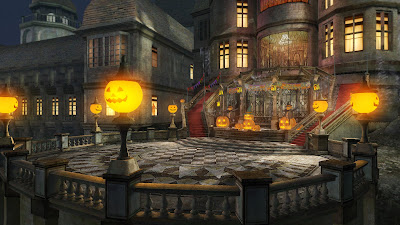 
Team NINJA begins the Halloween celebration today with the release of a free stage named “Haunted Lorelei” for DEAD OR ALIVE 5 ULTIMATE and the free-to-play DEAD OR ALIVE 5 ULTIMATE: CORE FIGHTERS. The re-skinned fan favorite stage takes from the holiday vibe with new music, lighting effects and an overall party atmosphere accessible through the patch released today for the PlayStation®3 version and tomorrow, October 16 for the Xbox 360® version. Additionally, a Halloween themed DLC pack with 28 costumes is available for purchase today for $24.99 via the PlayStation®Store and Xbox® Games Store for Xbox 360. The biggest roster in franchise history will enter the arena with haunting new costumes for each fighter including Tina’s take on “Little Red Riding Hood”, mummified Ryu Hayabusa and Momiji, and an angelic Hitomi. Team NINJA has also released an all-new trailer and images celebrating this spooky new content.


DEAD OR ALIVE 5 ULTIMATE heightens the signature DOA fighting style with the inclusion of new modes from DOA5 Plus, dynamic new stages, and deadly new fighters to deliver the ultimate in fighting entertainment. Players will take on the roles of their favorite DEAD OR ALIVE fighters—as well as combatants new to the franchise—in an intense, action-packed brawler set in visually striking locations from around the world. The famed DOA hand-to-hand combat is enhanced with new content that extends the experience. Along with a rich array of single-player modes including story mode, DEAD OR ALIVE 5 ULTIMATE offers online options with arcade-style matches, tournaments, and social features making it the most definitive DEAD OR ALIVE experience to date.


DEAD OR ALIVE 5 ULTIMATE is available for the PlayStation®3 computer entertainment system and Xbox 360® video game and entertainment system from Microsoft at an MSRP of $39.99 (USD) at retailers nationwide and is rated “M” (Mature) by the ESRB. The game is also available for digital purchase through PlayStation® Store. Information for downloadable content will be made available at a later date. For additional information regarding DEAD OR ALIVE 5 ULTIMATE: CORE FIGHTERS visit: http://teamninja-studio.com/doa5/ultimate/us/home.html#ftp. 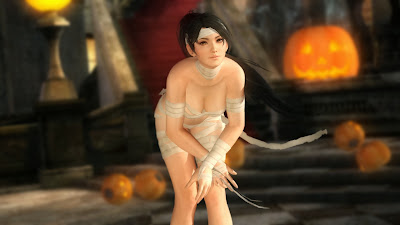