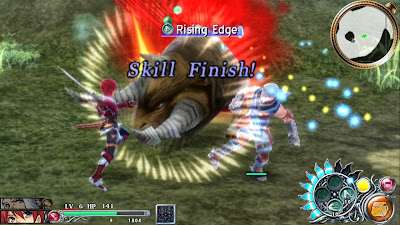 Today XSEED Games has released some English screenshots of the upcoming Ys: Memories of Celceta for the Vita. For those who love the Ys series, but never got a chance to play an officially released version of Ys IV in English, now is your chance!

Read the PR after the break
From XSEED Games:


An extensive reimagining of Ys IV, one of the few titles in the acclaimed series’ 25-year history never to have made its way to the West, Ys: Memories of Celceta revolves around beloved series hero, Adol Christin, who awakens on the outskirts of the Great Forest of Celceta with no memory of how he got there. Soon, Adol finds himself beginning a new journey with an unknown companion as they delve into the forest on a quest to explore its vast expanses, searching for clues to his identity along the way.

On their journey through the endless woods of Celceta, players will encounter a number of characters, including the following individuals. Supporting assets showcasing these characters are available at the link below. 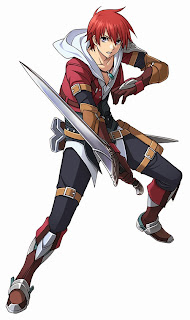 Adol Christin
The Ys series’ stalwart protagonist, Adol Christin is perhaps the most famous adventurer ever to have lived. Adol is a young man brimming with curiosity who constantly seeks the thrill of discovery and the wonders of new lands. This time around, however, the challenge is quite different – Adol is seeking to solve the mysteries of his own past. 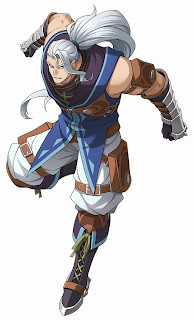 Duren
Duren is an information dealer whom Adol encounters at a bar in Casnan. He claims to have met Adol before – though with no memory, Adol remains skeptical. An extremely kind-hearted man (though he'd never admit it), Duren can't bring himself to walk away from someone in need, making him a perfect travel companion. 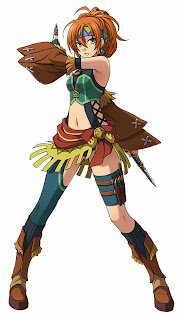 Karna
Karna is a cheerful, honest young girl who lives in the treetop village of Comodo. An extremely skilled huntress, she puts most of the other hunters in the village to shame with her accuracy and cunning talent. Her weapon of choice is the throwing knife, though she has an unfortunate habit of throwing first and asking questions later... 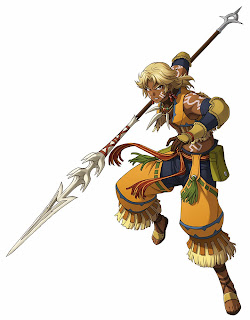 Ozma
A resident of the village of Selray, and the sole remaining member of the tribe which cares for the sacred beasts known as Spardas. Though young, Ozma acts as the village’s leader and has managed to uphold its peaceful ways for as long as he's been in charge. Reliable, level-headed and dedicated, he is loved and respected by all of the village’s residents. While extremely stubborn and inflexible when it comes to the laws of his tribe, he is also extremely loyal to the people in his charge. 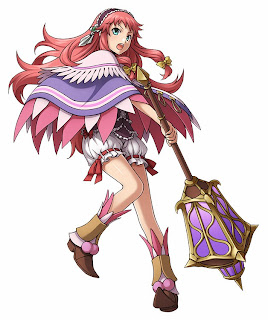 Calilica
Calilica is an energetic, curious young girl who is mature beyond her years in many regards. She harbors something of a complex about her age and youthful appearance, and is constantly seeking to be recognized as an adult by those around her. She looks up to Leeza as an older sister, and has been with her since they were both children. As such, she will hold back at nothing if she can be of assistance to her.

Ys: Memories of Celceta was developed in Japan by Nihon Falcom and will be released by XSEED Games in North America for the PS®Vita later this holiday season. For more information on XSEED Games products, please visit www.xseedgames.com. Fans can also follow XSEED Games on Facebook and Twitter.