Well, if you still own your PS3, and you really should keep it, then the next title in the Atelier series will land on March 11, 2014 in the US. There are 2 very interesting 1sts in this game. It will run using Tecmo Koei's Dynasty Warriors engine AND you will be allowed to choose between Escha or Logy giving you a unique experience with each! 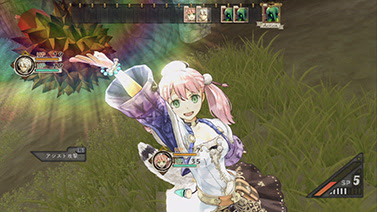 Full PR and more screen shots after the break. 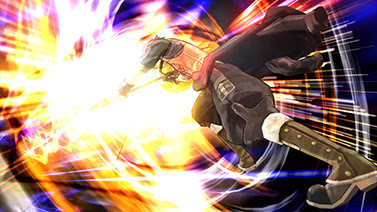 THE LATEST INSTALLMENT OF THE ATELIER SERIES, ATELIER ESCHA & LOGY ~ALCHEMISTS OF THE DUSK SKY~ WILL BE RELEASED IN NORTH AMERICA IN MARCH 2014!

BURLINGAME, Calif. – October 24, 2013 – Today, TECMO KOEI America is proud to announce that the latest installment in the long-loved Atelier series, Atelier Escha & Logy™ ~Alchemists of the Dusk Sky~, the direct sequel to the last title, Atelier Ayesha™: The Alchemist of Dusk, will be released in North America on March 11, 2014 for the PlayStation®3 computer entertainment system. This latest installment will provide an extended gameplay experience with two protagonists’ stories—Escha and Logy. For the first time in the Atelier series, Atelier Escha & Logy ~Alchemists of the Dusk Sky~ lets players choose their main character, either Escha or Logy, which will offer unique story perspectives and gameplay experiences. Escha’s story focuses on the traditional alchemy RPG and everyday adventures of an alchemist that Atelier series fans love, whereas Logy’s story is a more serious adventure focused on world exploration. Atelier Escha & Logy ~Alchemists of the Dusk Sky~ was developed with the same engine Tecmo Koei uses in the Dynasty Warriors® franchise in order to make the game experience more seamless than ever. 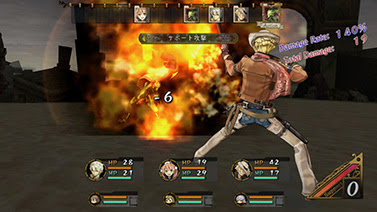 Story
This world has gone through many Dusks, and is slowly nearing its end. Within this world, in the western reaches of the "Land of Dusk," there was a nation that prospered thanks to its use of alchemy. There, in order to survive the eventual arrival of the "Dusk End," the people devoted their efforts to rediscover and recreate lost alchemic technologies. Rediscovered technology from the past era was gathered in the alchemy research city known as "Central," where research was conducted on how to halt the advance of the twilight. One of the heroes is a young man who researched alchemy in Central, the other a girl living in a small town on the frontier. This girl's name is Escha. In the process of using her knowledge of ancient alchemy to help others, she was assigned to the Development Department. The young man's name is Logy. Having learned the newest alchemic techniques in Central, he requested a transfer to this understaffed town to make use of his abilities, and meets Escha when he is assigned to the Development Department as well. The two make a promise to use their alchemy together, and bring success to the Development Department. 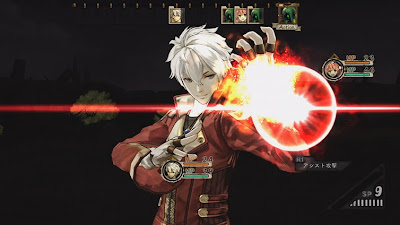 Atelier Escha & Logy ~Alchemists of the Dusk Sky~ game features include: Two protagonists, two stories, more gameplay. Depending on which protagonist a player selects, the story and events will unfold from different perspectives. For players who enjoy the traditional Atelier series, Escha’s story will fulfill their alchemy RPG needs! For players who enjoy a classic RPG, or are newcomers to the series, they can choose Logy’s story to begin their journey in the Atelier universe!

Battle with more teammates! Traditionally, in the Atelier series, only 3 characters could join the battle party, but in Atelier Escha & Logy ~Alchemists of the Dusk Sky~, players can have a maximum of 6 characters in battle to allow for more strategy and faster-paced fights!

Streamlined synthesis welcomes newcomers and long-time series fans! The synthesis system and interface have been streamlined to make item creation more approachable and enjoyable. As their Synthesis level goes up, players will be able to access more items for synthesis. 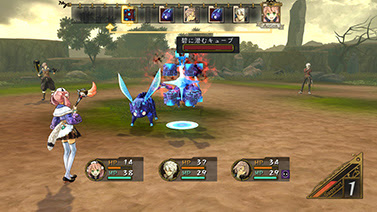 Fast-paced, turn-based combat system! Battles are fought using a turn-based combat system, but character actions and command inputs are optimized for fast-paced fights. During battle, players can use support attacks, in which allied characters hop in and appear one after another in an effort to execute impressive follow-up attacks! Utilize the assist attack system to rule the battlefield!

Alchemist-exclusive attack, Double Draw! As Alchemists, Escha and Logy can use the various items they create through synthesis during battle. Atelier Escha & Logy ~Alchemists of the Dusk Sky~ has expounded on that concept and created a new alchemist-exclusive command, “Double Draw,” which allows consecutive item use while also increasing their effects!

Gorgeous graphics with lively characters! Characters’ faces are meticulously animated and show a wide range of expressions. With the newly implemented engine, the characters in Atelier Escha & Logy ~Alchemists of the Dusk Sky~ really come to life!

About TECMO KOEI AMERICA CORP:
TECMO KOEI AMERICA CORP. is a publisher of interactive entertainment software for current generation consoles, handhelds and digital download content based in Burlingame, California. The company is a wholly owned subsidiary of TECMO KOEI HOLDINGS CO., LTD., headquartered in Yokohama, Japan. TECMO is best known for the Dead or Alive®, Ninja Gaiden®, Tecmo Bowl®, and Fatal Frame® series. KOEI is best known for its Dynasty Warriors® and Samurai Warriors® franchises. On April 1, 2009, TECMO KOEI HOLDINGS CO., LTD was established as a result of the TECMO, LTD. and KOEI Co., Ltd. merger.