Here's a game that most people thought would NEVER land on US soil. Today XSEED Games has announced that Sebran Kagura Burst will launch on November 14th exclusively on the Nintendo 3DS eShop for $29.99. 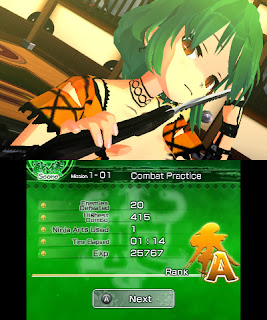 Torrance, Calif., (November 8, 2013) – XSEED Games, the independent-minded console publishing brand of Marvelous USA, Inc., today announced that the buxom ninja brawler, SENRAN KAGURA Burst, will be released in North America on November 14, exclusively on the Nintendo 3DS hand-held system as a Nintendo eShop digital download at a price of $29.99. Fans can now check out the game’s newly launched website at www.hanzonationalacademy.com, as well as view a new trailer giving some background on the Hanzô Academy, one of the two rival factions in the game. 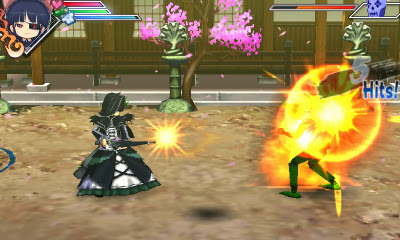 An over-the-top side-scrolling action title with a sense of humor, SENRAN KAGURA Burst is set in a prestigious academy which serves as a front for an underground school where female students are secretly trained in the art of ninjutsu. Consisting of two separate storylines, Skirting Shadows introduces players to the “good shinobi” of Hanzô Academy while its counterpart, Crimson Girls, turns the tables to tell the same tale from the rival Hebijo Academy’s point of view. 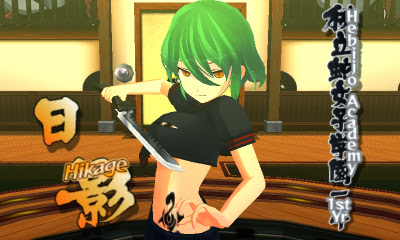 Players assume control of their chosen school’s five primary female characters who aspire to become full-fledged shinobi. Within the academy’s “Ninja Room” hub, character interactions reveal the thoughts and feelings of the students before and after each game mission. Adventure novel-style story scenes then precede other missions, offering a deeper look into the world of SENRAN KAGURA. Throughout the game, players will complete combat assignments for each of the main characters, including retrieval missions, multi-character battles and epic boss fights to advance the game’s plot. During combat, damage to the girls is revealed through the gradual destruction of their shinobi outfits, eventually leaving them in their bikinis when they’re in danger of being KO’d. Fans of the series will be delighted to experience the original Japanese voice-overs, which have been left intact and will be accompanied by English subtitles. 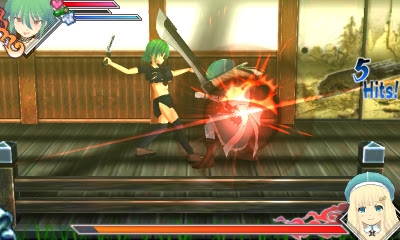 Players can earn experience and level up throughout the story, unlocking new moves, powers and outfits. The Nintendo 3DS system’s stereoscopic 3D capability is supported, allowing Shinobi Transformations, special moves, victory poses and a few additional surprises to be viewed in full 3D. 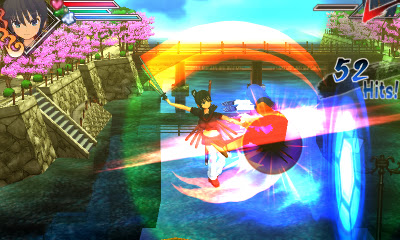 SENRAN KAGURA Burst is developed by Tamsoft together with MarvelousAQL Inc. of Japan. XSEED Games will publish the title as a digital download on the Nintendo eShop in North America on November 14. The game is rated T for Teen by the ESRB. For more information on XSEED Games products, visit www.xseedgames.com, and fans can also follow XSEED Games on Facebook at www.facebook.com/XSEEDGames and Twitter at www.twitter.com/XSEEDGames.