So, The Future Is Now! Next Gen Wars In Full Effect! 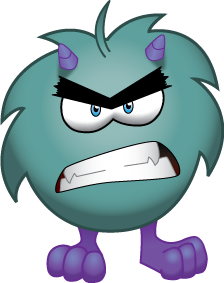 I love being able to use Snk's Neo-Geo "The Future Is Now" phrase!

Now that the Wii U, PlayStation 4 and Xbox One are all out there, how is the gaming community enjoying them? Over the past few decades, specs have never seemed as big as there are now! In the 90's, the SNES was capable of visually better games, where the Genesis was able to toss pixels around at insane speeds. Now we have 1 console running on a PowerPC CPU (Wii U) while the other 2 run on multi-core X86 CPUs from AMD. All 3 also run on AMD GPUs.


The Wii U is closer to a classic console design, whereas the PS4 and XB1 are both closely related to the common PC. Why does this matter? At the moment, as developers get their feet wet, not a whole lot. Soon though, we are going to start seeing games that will be indistinguishable between the 2 consoles and a mid range PC. At the moment, I'm still shocked that my 4+ year old PC is pumping the PC games I play at 1900x1200 with all options on! Granted, I'm not into games like Battlefield or Call of Duty, but games like Max Payne 3 and all 3 Bat Man games look leaps and bounds better than their PS3 and XBOX 360 counterparts.

That's were the problems begin. If the XB1 and PS4 are so closely specced,  Then they only thing separating them are the exclusives. Now, you may be thinking "The PS4 is obviously better, with games at 1080P vs the XBOX One's 720-900P", and yes, slowed down to something slow enough to allow you to see some minor differences is great and all, but when a game is running at full speed, very few people can truly notice the difference. If you are running a 24" 1080 screen and say that you can see the difference, then you must have some cybernetic eyes or you are face planting against the screen. From half way across the room, or further, your eyes will not tell the difference between 1080P, 720P, and everything in between.

Then we have Nintendo's Wii U. Technically more powerful that the Xbox 360 and PS3, but lacking in 3rd party support. Nintendo's problem seems to be online. While there seems to be a LARGE divide in how gamers use online features worldwide, Nintendo seems more interested in keeping their online experience very "console" based. They are starting to make some changes like the upcoming merging of the DS and Wii U eShop's finances, but Nintendo will need a bit more than that.  Many games seem to be shipping without an online component or DLC arriving at the same time as the competitors.

With all that, the last thing I want to mention concerns the Xbox 360 and PlayStation 3. They are now going to slowly die off in the eyes of 1st party's, but how long will it be before 3rd party's give in? There are still tons of games scheduled for the next few months. We've already seen that Atlus has 2 Persona games releasing next year in Japan for the PS3, with possible US releases as well. Over the next year we'll also see games released on EVERY console available, which in many cases, like Assassin's Creed 4, means 5 versions of a game that can be played on your TV across 5 different console. After that?

Well, those are my thoughts on the matter. You can agree, disagree, stare confused at your screen, it doesn't matter. What does matter? At the moment, you have an insane variety of ways to play the games you want to play, to enjoy them now, as in the next few years, 2 of those consoles will no longer be available.