EDITORIAL: Google and Samsung and Motorola and Lenovo, Oh my!

Oh Google, You've made some exciting, frustrating, and maddening news over the past few days. You're canceling your Nexus line in 2015, You're strong arming Samsung into cleaning up their Android OS tweaks, and you're selling Motorola Mobility to Lenovo. Just what in the heck are you up to?

There certainly have been some interesting announcements and news stories lately surrounding Google's Android mobile OS. I've got some thoughts to share. Warning: This is ALL pure conjecture. I in no way have any insider information. I'm simply jumping to conclusions based on my musings of all this recent news.

So what exactly IS Google up to?

The short answer? I think Google is giving exclusivity to Samsung.

Here's the chain of events:

First, rumors of Google's abandoning of the Nexus line. So says Russian Blogger Eldar Murdazin. But where will we get our stock Android fix?

Second, Google enters talks with Samsung over Android and some plans that they have for the future. Google somehow convinces Samsung to lay off the crazy UI skinning and custom apps and focus on a more Google Play-centric Android experience.

So...Google somehow manages to convince the largest and most successful Android device maker to stop doing its custom skins and UI tweaks in favor of a more vanilla Android device? Yeah, right. Somehow I don't see Samsung rolling over on its belly for Google. Samsung is getting something out of this deal...but what?

Third, Google sells Motorola to Lenovo for $3 billion. Google turns around and sells a company that was actually starting to get its legs and make a significant mark on the Android landscape? OK. But more so, they seemed to have unloaded it in a hurry and on the cheap.

Suddenly it all starts to make sense. What could Google do to get Samsung to stop its custom skinning and apps? How about getting rid of Google's own hardware manufacturer (Motorola), ditching it's Nexus line and favoring Samsung as its sole official Android proprietor?

There you have it. I believe that Google has made a deal with Samsung to get rid of Motorola fast (hence the cheap selling price and speedy turn around), ditch the Google Nexus line, and give exclusive Official Android endorsements to the worlds most successful Android device manufacturer (Samsung) at the cost of a more basic user experience.

Does this mean that Samsung will have exclusive rights to Google Play? Not a chance. But it does mean that Google could very well start promoting/endorsing Samsung's Android Devices above all others. Including selling said devices in Google's own Play Store. 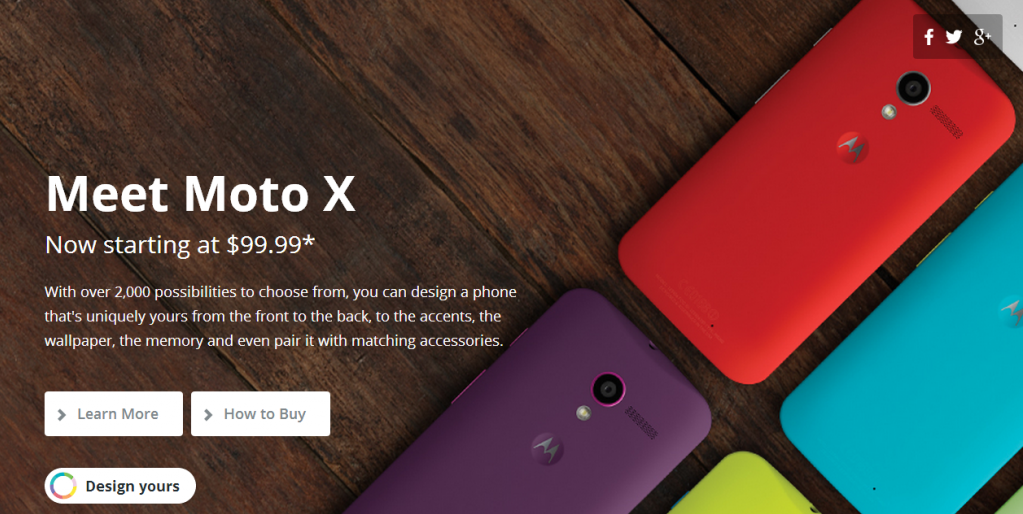 Why do I think this? The Moto X. The Moto X showed everyone that even Nexus devices can be perfected on. Its touchless controls and subtle OS tweaks weren't stock Android like the Nexus, they were an improvement. Motorola's tinkering made the Nexus line seem outdated.

I think that this prompted Google to talk to Samsung about simpler tweaks to the OS rather than enormous overhauls, which prompted Samsung to tell Google to get rid of its excess fat and cut a deal.

So what do you think? I'm interested to hear your thoughts on the recent news and what the future of Android may be.
android Google lenovo motorola nexus Sale samsung