Akiba's Trip To Have Dual Audio And More! 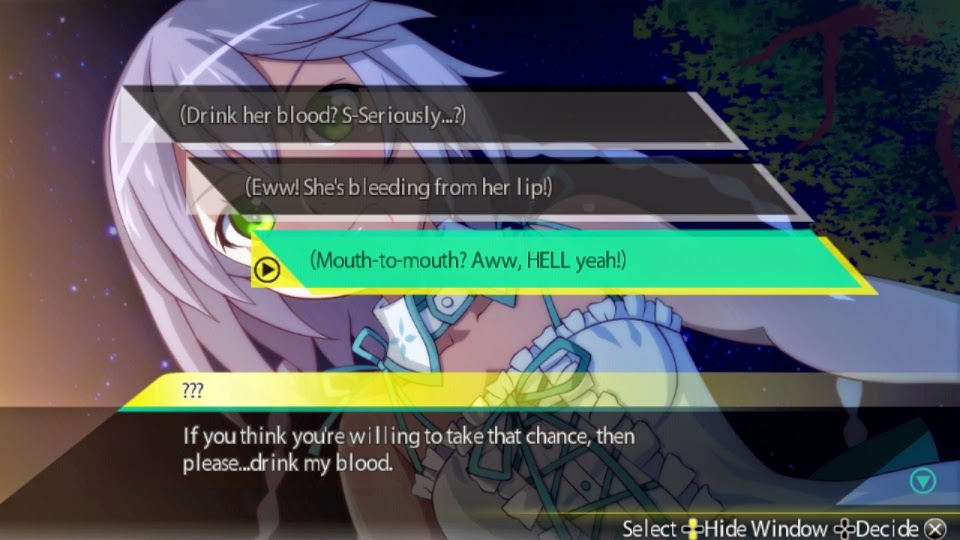 For a game like this, the norm seems to be just to translate the text and leave the audio alone. XSEED Games decided to toss that idea to the trash as Akiba's Trip will now have full English and Japanese audio! Also, "Strip Portraits" will no longer be limited to the female characters as the prominent male characters will also have "Strip Portraits."

XSEED Games, the independent-minded console publishing brand of Marvelous USA, Inc., today confirmed that AKIBA’S TRIP: Undead & Undressed, currently being localized for the PlayStation®3 computer entertainment system and PlayStation® Vita handheld entertainment system, is the company’s largest voice-over project to date with nearly 10,000 lines recorded for its English-language debut. The publisher, favored by fans for its commitment to the top-notch localization of Japanese games, has pulled out all the stops in order to capture the energy and culture of Tokyo’s electronics district, Akihabara, which includes familiar landmarks and popular stops such as maid cafés and more.  To aid players in experiencing this virtual Akihabara as they see fit, XSEED Games has confirmed that AKIBA’S TRIP: Undead & Undressed will feature dual audio, allowing players to select freely between this newly-recorded English voice track and the original Japanese voice track.

An additional feature being newly added for the North American release – set for summer 2014 – is the inclusion of illustrated “strip portraits” for all prominent male side characters, providing equivalent gender balance alongside the game’s existing female portraits. Once these have been viewed during normal gameplay, players may also use them as wallpapers for their in-game smartphones.

In AKIBA’S TRIP: Undead & Undressed, players work to repel a brooding malevolence that has suffused Tokyo’s popular electronics district, Akihabara (Akiba for short), which has been painstakingly remodeled in the game to resemble its real life counterpart. Akiba has been invaded by creatures known as “Synthisters” who prey on the otaku patrons of Akihabara like vampires, but feast on their will to live and energy to socialize rather than their blood. Only direct exposure to sunlight can destroy the Synthisters, and it’s up to players to ensure that that’s just what they get. If only it weren’t for those pesky clothes protecting them from the sun’s harmful rays…

That’s where the protagonist and his companions come in. It’s their task to roam this sanctuary of anime and gaming fanatics, identify the outwardly human Synthisters with the help of a handy smartphone app, then beat and pull at them until they’ve been relieved of their clothes, exposing them to sunlight and sending them to the netherworld. Everyday objects from baseball bats to comic books to motherboards can be used as weapons, and players can take their enemies’ unique clothing for their own personal use as well.

AKIBA’S TRIP: Undead & Undressed tells the story of a young man named Nanashi who was lured into a trap and transformed into one of the walking undead. Lucky enough to be spared the worst of his fate by the kiss of a mysterious Synthister hunter named Shizuku, Nanashi is sworn to rid Akihabara of the Synthister threat. Together with his friends from an organization unofficially dubbed the “Akiba Freedom Fighters” (as well as his cute yet socially awkward little sister), Nanashi and Shizuku must uncover the truth behind the Synthister plague and save Akiba from being overrun by their kind.

Developed in Japan by ACQUIRE and receiving a Gold Award by Famitsu upon its Japanese release, AKIBA’S TRIP: Undead & Undressed will be released in North America by XSEED Games this summer on the PlayStation®3 system and PS®Vita. XSEED Games will share more information in the coming months. This title has not yet been rated by the ESRB.