Considering we got the 3DS version just last year, people were hoping the PlayStation Vita version of Senran Kagura was coming to the US. Well, XSEED Games has delivered! This Fall on PSN and a LIMITED boxed version at retail, Vita fans have some "bouncy" fun coming later this year! 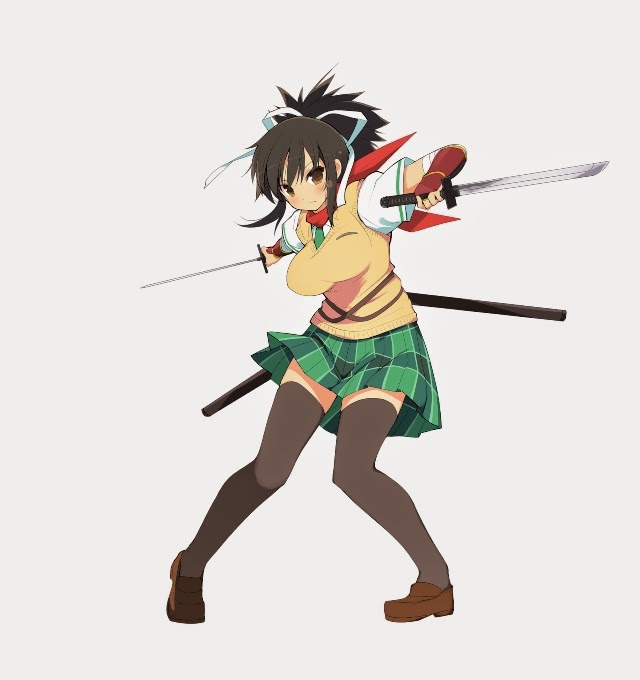 Torrance, Calif., (May 8, 2014) – XSEED Games, the independent-minded console publishing brand of Marvelous USA, Inc., today announced that the battle adventure title, SENRAN KAGURA SHINOVI VERSUS, will be coming exclusively to the PlayStation®Vita handheld entertainment system as a digital download later this fall. For the ultimate of fans, XSEED Games will also be producing a limited run “Let’s Get Physical” retail version of the game, which will include a soundtrack CD and “Shinobi Syllabus” containing profiles of the shinobi students, gameplay strategies, and illustrations. The follow-up to last year’s Nintendo 3DS hand-held system title, SENRAN KAGURA Burst, SENRAN KAGURA SHINOVI VERSUS takes the game’s signature over-the-top style and raises the bar in every possible way, from characters to art style, combat mechanics and story. 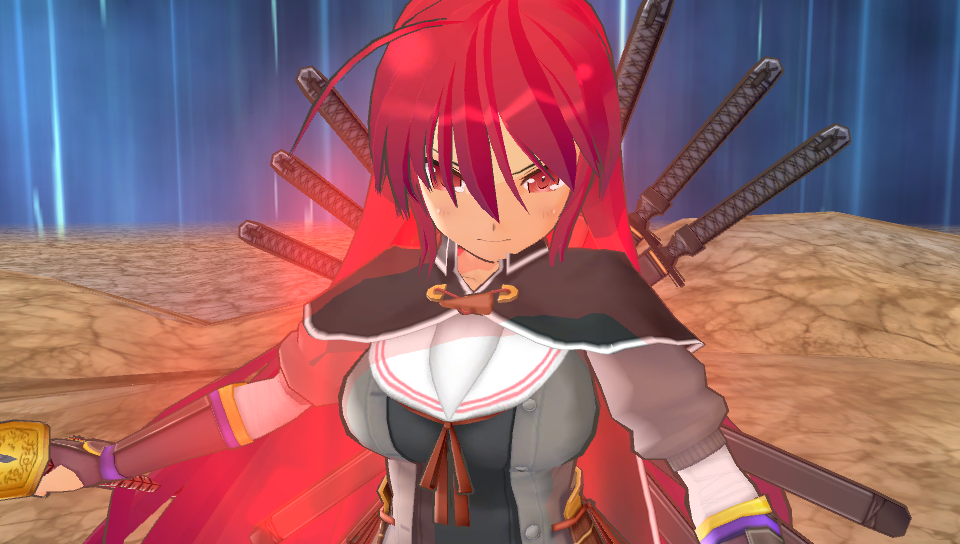 “Ever since we announced SENRAN KAGURA Burst, PS Vita fans have been clamoring for SHINOVI VERSUS, and we’re thrilled to be granting them their request,” said Ken Berry, Executive Vice President of XSEED Games. “The SENRAN KAGURA series has such deep and involving lore established through its games, manga and anime, and the fanbase is extremely loyal – we can’t wait for them to get their hands on SHINOVI VERSUS.” 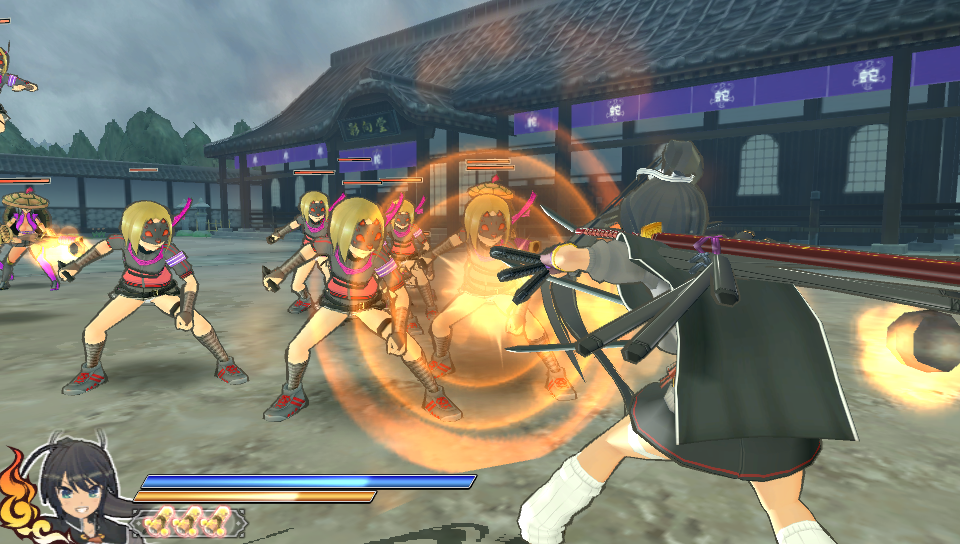 SENRAN KAGURA SHINOVI VERSUS immediately follows the events of Burst, revisiting the fierce rivalry between the girls of Hanzô National Academy and their sworn enemies from Hebijo Clandestine Girls’ Academy, the latter of which have now gone underground and formed a mercenary strike team known as the Homura Crimson Squad. In addition to their old adversaries, the Hanzô girls must also face a whole new set of foes: the students of Gessen Girls’ Academy, who seek to punish them for their imperfections as shinobi warriors. Meanwhile, a new class is in session at Hebijo, and these students mean business: they oppose all three of the competing factions and will stop at nothing to be the last shinobi squad standing – even if it means leaving broken bodies and shattered dreams in their wake. 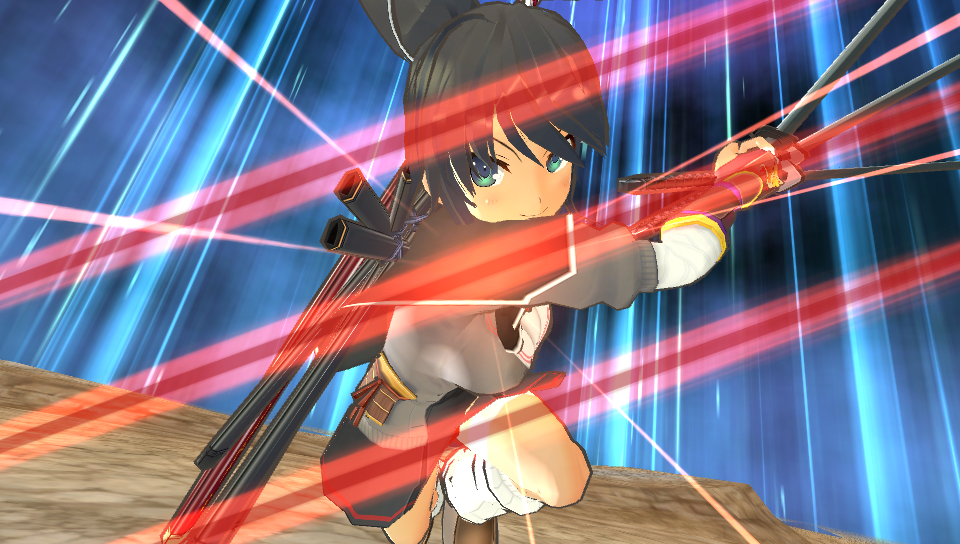 Throughout SENRAN KAGURA SHINOVI VERSUS, players will take control of characters from each of these schools, experiencing the narrative from four distinct viewpoints via the original Japanese voice track coupled with English subtitles.

SENRAN KAGURA SHINOVI VERSUS carries on the high energy side-scrolling battles of previous games in the series, and fans can expect to find more of all of SENRAN KAGURA’s hallmark features – ridiculous mid-air combos, over-the-top humor, garments that explode when characters take damage and special Secret Ninja Art techniques. The game features 20 unique shinobi fighters for players to master, each with her own unique weapon, techniques and special moves, while Ninja Arts can be exploited to change costumes and power up mid-battle. On top of the single player game, up to four players can battle online to determine which shinobi is the best of them all. 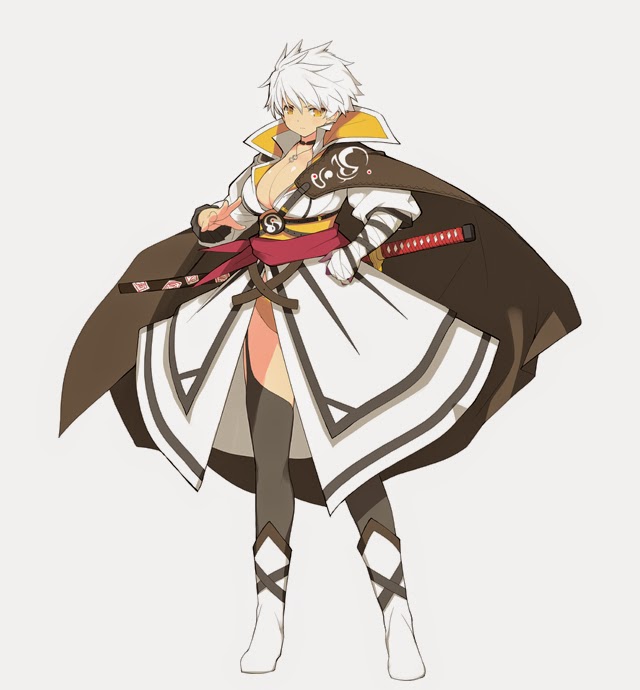 SENRAN KAGURA SHINOVI VERSUS is developed by Tamsoft together with MarvelousAQL Inc. of Japan, and will be released in North America for PS®Vita by XSEED Games in fall 2014. XSEED Games will share more information in the coming months. 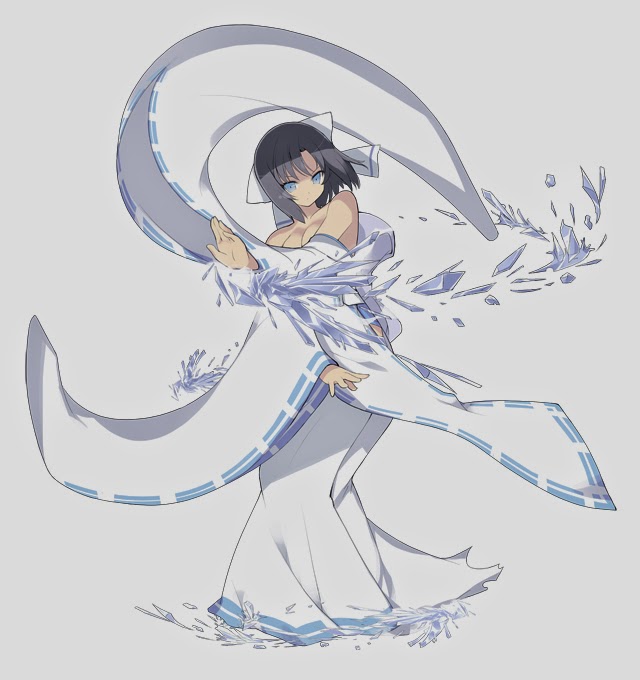