E3 Is In Full Effect! 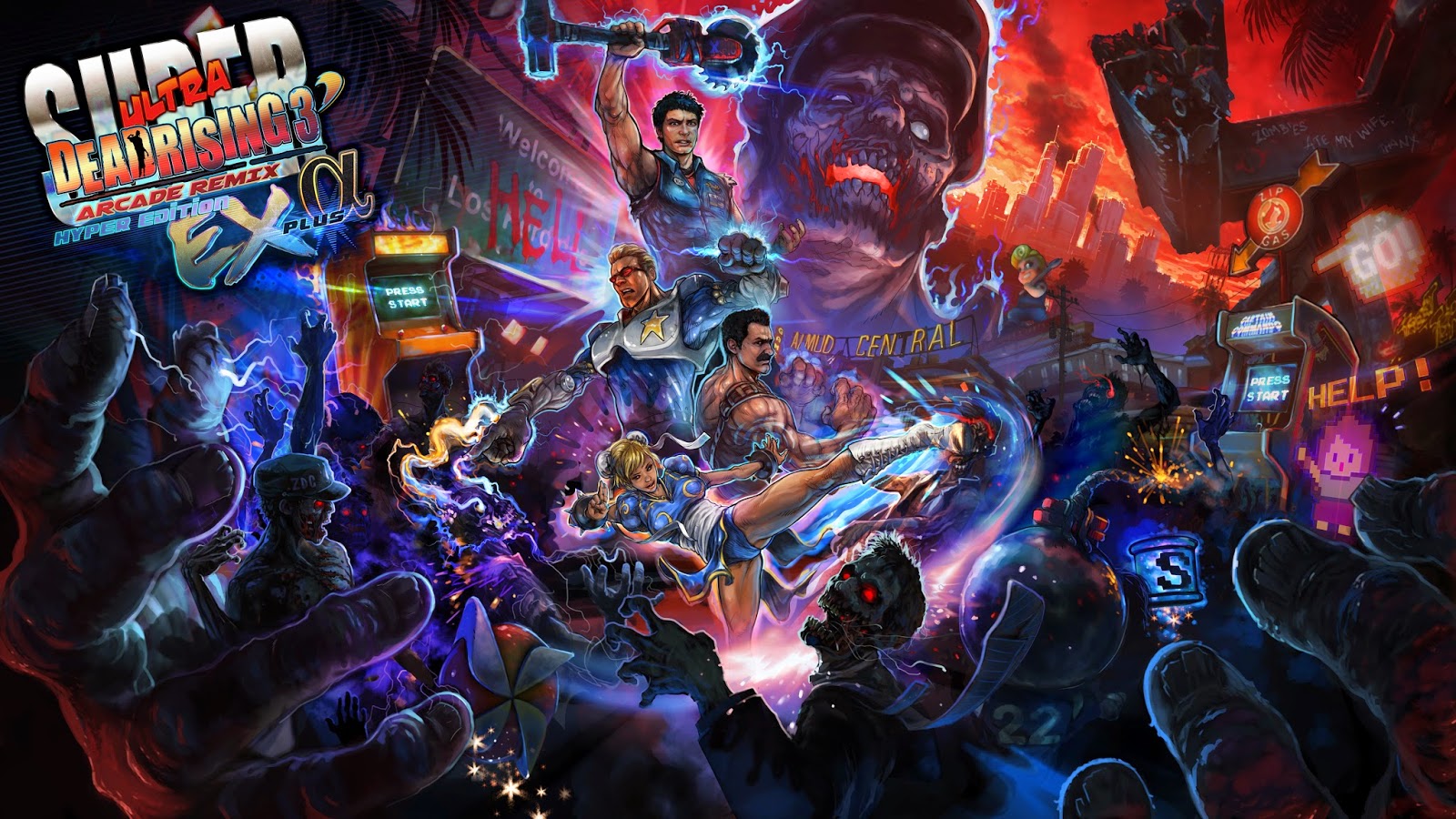 While Capcom Gets my vote for coolest name ever with Super Ultra Dead Rising 3 Arcade Remix Edition EX Plus Alpha, there are other cool things going on.

Lets peek at some of our favorites so far after the break
Microsoft started the day of press conferences with Call Of Duty Advanced Warfare (multiplatform).

Following up with Forza Horizon 2 not only being released later this year, but on the Xbox 360 and Xbox One.

Next was Assassin's Creed: Unity, a new, next gen only, multiplatform entry of the popular series. Sorry Xbox 360 and PS3 players, you're gonna have to upgrade.

Sunset Overdrive will finally land on the Xbox One this September.

Halo 1, 2, 3 and 4 will be collected on 1 disc as Halo: The Master Chief Collection.  343 said that the games will run using their original engines, with better textures and higher resolution at 1080P 60fps. Also included will be some "next gen" versions of some of Halo 2's multiplayer maps.

Phantom Dust, the sleepy hit from the original Xbox will be coming back as an Xbox One exclusive.

Crackdown is set to make a return!

Sony ended the day with their own press conference.

Destiny Beta will hit PS4 first on July 17th, and on Sept 9, a special WHITE PS4 with Destiny will be available.

Project Beast is now known as Bloodbourne, coming next year.

You will be able to invite friends who DON'T own Farcry 4 to play in your game! Gamesharing gone mainstream?

Dead Island 2 is set for release.

Grim Freaking Fandango will be landing on the PS4 and Vita!

Suda51 and Grasshopper manufacture is releasing Let It Die... what is supposed to be a gorefest of a title.

Open beta for Playstation Now for the PS4 at the end of July. PS3 and Vita to follow.

Playstation TV FINALLY getting a US release this Fall! $99 on it's own, $140 with a Dual Shock 3, 8GB memory card, HDMI cable, and a voucher for The Lego Movie The Game.

GTA V coming to the PS4, Xbox One and PC, with game save transfer from the PS3 OR Xbox 360 version in tow!

Sony ended the night with Uncharted 4...

Like I mentioned, this is stuff that caught my attention, there are MANY tore titles that were shown off today.