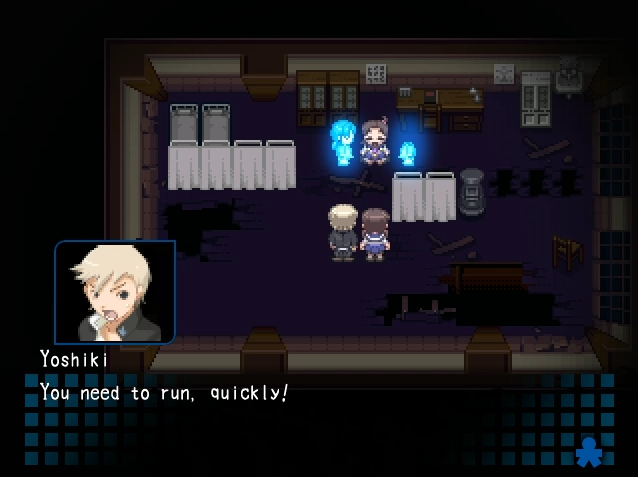 XSEED Games is jumping head first into E3, bringing what they do best, niche Japanese titles that other companies probably wouldn't think about. From Akiba's Trip to Senran Kagura Shinovi Versus, there is something for everyone!


Torrance, Calif., (June 5, 2014) – XSEED Games, the independent-minded console publishing brand of Marvelous USA, Inc., will showcase a portfolio of upcoming games at Electronic Entertainment Expo (E3) 2014, led by the recently announced farm and life simulation RPG, STORY OF SEASONS, for the Nintendo 3DS hand-held system. The company also revealed that it has secured the North American publishing rights to rhythm cooking game SENRAN KAGURA Bon Appétit! for the PlayStation®Vita handheld entertainment system, and will additionally be showing previously-announced titles AKIBA’S TRIP: Undead & Undressed (PlayStation®3 computer entertainment system, PS Vita) and SENRAN KAGURA SHINOVI VERSUS (PS Vita). All four of these titles will be playable at the XSEED Games booth, which will be located in the West Hall, Booth #5436.

XSEED Games is also proud to announce two additional acquisitions that will have trailers on display at their E3 booth: Brandish: The Dark Revenant for the PSP® (PlayStation®Portable) system, and Corpse Party for Windows PC. These titles are currently slated for release sometime this year.

“Fans have been eager to get their hands on STORY OF SEASONS and we are excited to give everyone a first look at the latest iteration in the popular Bokujo Monogatari series,” said Shinichi Suzuki, President & CEO of Marvelous USA. “It’s going to be a great show for us as we have a comprehensive lineup that is inclusive of all types of gamers with fan favorite console, handheld and PC titles on display at E3 ranging from lighthearted action to thoughtful RPG.”

STORY OF SEASONS
[Platform: NINTENDO 3DS; Release: WINTER] – STORY OF SEASONS carries on the iconic life simulation and farming RPG gameplay made famous through the Bokujo Monogatari series’ 18-year history while infusing exciting new features that enrich the experience for fans and first-time players alike. Developed by the veteran team behind the fan-favorite series and headed by longtime lead producer, Yoshifumi Hashimoto, STORY OF SEASONS represents a strong new beginning for a franchise that has sold close to ten million copies worldwide.

Players will create fully customizable characters before joining a small settlement filled with the promise of new possibilities, hard work and significant relationships. While tending to crops, animals and the many other aspects of farming life, players will amass the resources necessary to customize and expand their farms—with the freedom to follow their own styles of play and shape their homesteads as they wish. The theme of “Connectivity” expands the world and presents possibilities to players both in and out of the game, with all-new multiplayer and StreetPass features granting players the ability to tour one another’s farms, cultivate crops together and even exchange gifts.

AKIBA’S TRIP: Undead & Undressed
[Platform: PS3™, PS VITA; Release: SUMMER 2014] – Released as AKIBA’S TRIP 2 in Japan where it received a Gold Award by Famitsu, the all-new standalone story in AKIBA’S TRIP: Undead & Undressed takes players on an eclectic trip through a meticulous recreation of Tokyo’s “Electric Town” district, known as Akihabara (Akiba for short), in which they will battle vampire-like foes in over-the-top, highly stylized role-playing action. Akiba has been invaded by creatures known as “Synthisters” who prey on game- and anime-obsessed “otaku” patrons, forcing their victims to withdraw from society and stealing their will to live. Only direct exposure to sunlight can destroy the Synthisters, so it’s up to players to send them to the netherworld by engaging them in battle and stripping them down to their unmentionables. Everyday objects from baseball bats to comic books to motherboards can be used as weapons, and players can take enemies’ unique clothing items for their own personal use. Dual Audio with English and Japanese voiceovers complements a narrative dripping with satire and nods to Japanese culture to create a bewitching modern day supernatural otaku adventure.

SENRAN KAGURA Bon Appétit!
[Platform: PS VITA digital; Release: WINTER 2014] – Revealed for the first time, this rhythm spin-off of the ninja ‘busty brawler’ series, SENRAN KAGURA, features cooking battles rather than shinobi showdowns. The emphasis is on outrageous humor, delicious food and plenty of eye candy. Culinary warfare is carried out through an array of rhythm battles—tap the correct buttons in time with the beat to rack up combos and determine the size and quality of the resulting dish. With 10 girls to choose from (22 when including additional DLC), players are challenged to create the ultimate Super Dish and unlock a special feast for the eyes.

Brandish: The Dark Revenant
[Platform: PSP digital; Release: 2014] – A classically-styled dungeon crawler from Nihon Falcom, the storied developers of the highly-acclaimed Ys and The Legend of Heroes RPG franchises, Brandish: The Dark Revenant puts players in the role of swordsman Ares Toraernos as he climbs his way through over 40 sprawling floors of monsters, traps and puzzles in an attempt to escape a long-forgotten underground labyrinth. Along the way he repeatedly encounters his arch-rival, the voluptuous sorceress Dela Delon, who’s just as interested in claiming the bounty on his head as she is in escaping the maze herself. With each floor boasting unrelenting enemies fought in real time, elaborate booby traps, ancient treasures, tricky puzzles and thousand-year-old mysteries to solve, Brandish promises to keep players fighting for survival till the bitter end.

Corpse Party
[Platform: PC digital; Release: 2014] – The original Windows edition of the cult classic horror game that gained a considerable fanbase when released on the PSP® system in 2011, Corpse Party began life as an independent RPG Maker adventure title in 1996 before being greatly expanded for this 2008 iteration. Featuring more characters, more detailed interactions, darker story elements, over 5,000 lines of Japanese voice-acting from the original indie actors and dozens of shocking, gruesome endings, there’s much more to this survival horror adventure title than meets the eye. Players take control of nine main characters and several side characters who’ve been split up into groups of two or three and trapped in a run-down, otherworldly elementary school full of vengeful spirits, deadly mysteries and – of course – corpses. As they walk around examining objects and bodies in an atmospheric 2D environment, a horror tale spanning over 50 years begins to unfold, and player choices determine which of the tale’s dozens of endings is viewed, and who (if anyone) lives to see these horrifying events through to their conclusion.