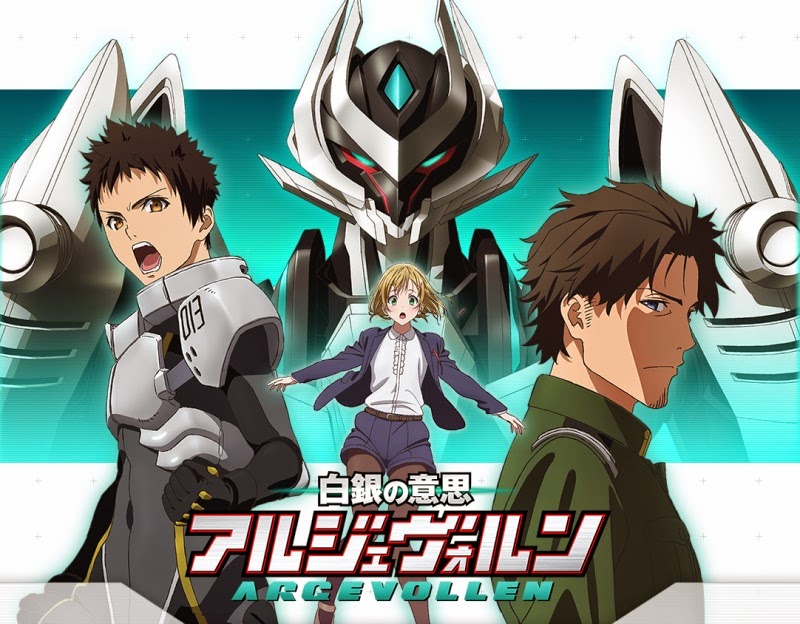 Now this is my cup of tea.... Sentai Filmworks has licensed the Sci-Fi Mecha Series, which has also JUST STARTED AIRING, Argevollen.

HOUSTON, July 5, 2014 – With the might of an entire country behind him, one man will discover the strength to turn the tides of war in Sentai Filmworks' latest acquisition, ARGEVOLLEN. This sci-fi mecha action series is directed by Atsushi Ootsuki (Motto To Love Ru, Wagnaria!! Season 2) with series composition by Tatsuo Sato (Bodacious Space Pirates, Basquatch!), sound direction by Jin Aketagawa (AKB0048, No Game, No Life) and animation production by XEBEC (Broken Blade, Fafner).
It is said that war does not determine who is right – only who is left. The countries of Arandas and Ingelmia have been long embroiled in battle, with countless soldiers on each side falling in the line of duty. The sounds of bombs and gunfire have become background noise to day-to-day life, and it seems as if peace will never come. Adding to the terror are monstrous machines piloted by ruthless, battle-hardened soldiers. Destruction and devastation seem to be inevitable, unless, of course, Susumu Tokimune, the justice-seeking pilot of the ARGEVOLLEN, has anything to say about it. After Susumu and his comrades in arms save a girl named Jamie Hazaford from an enemy attack, they find themselves more determined than ever to turn the tides. But will determination and teamwork be enough? And even with the troops coming together to fight for a common goal, is hope still lost?