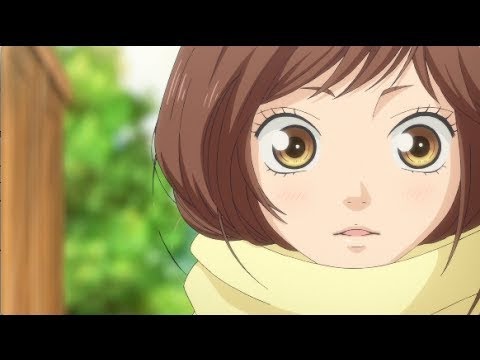 While not my cup of tea, I am sure others will enjoy this. Blue Spring Ride, which should start airing REALLY soon in Japan,  was also picked up by Sentai Filmworks!

Read the full press release after the break

Meek middle school student Yoshioka Futaba has always had a complicated relationship with boys. Considering them loud and violent, Futaba avoids them at all costs. But when the gentle Tanaka catches her eye, Futaba finds herself quickly falling in love. However, a misunderstanding causes Futaba’s first love to be quickly crushed. Before Futaba can clear the air, Tanaka disappears from school, and it seems that Futaba’s chance has slipped through her fingers for good. Now in her first year of high school, Futaba is looking to start off with a clean slate by undergoing a major personality makeover. Once cute and timid, Futaba now actively makes herself as unattractive as possible in an effort to avoid being ostracized by her female peers once again. But a run-in with a familiar face brings up old memories and the chance to right past wrongs. Second chances don’t come often, but will Futaba be able to get her feelings across once and for all?