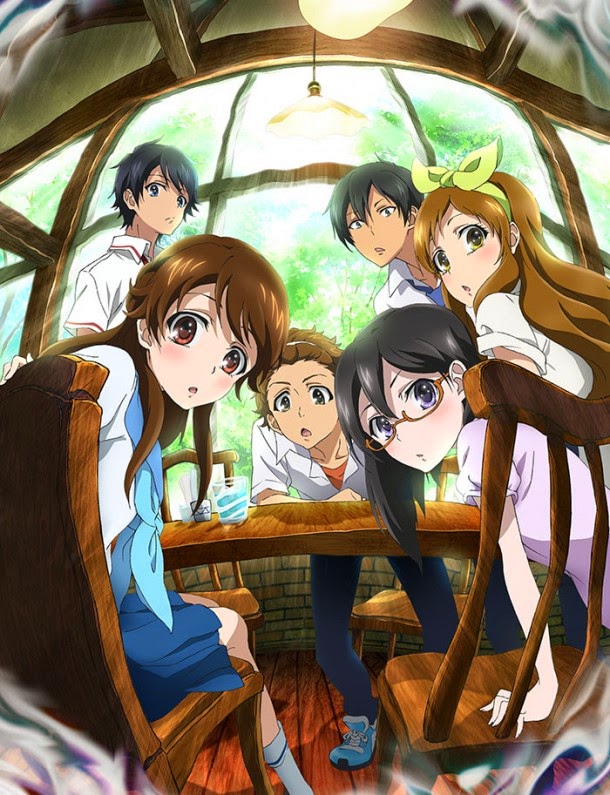 It wouldn't be Anime Expo if a TON of titles wasn't announced! Next up is Glasslip, another series that just started it's run in Japan!

Read the full press release after the break
From Sentai Filmworks:

HOUSTON, July 5, 2014– At the cusp of a new beginning, a group of friends will come together to shape each other’s lives in Sentai Filmworks' latest acquisition, GLASSLIP. This romantic comedy series is directed by Junji Nishimura (Ranma ½, Windy Tales) with music by Akito Matsuda (Dog & Scissors, The Kawai Complex to Manors and Hostel Behavior), art direction by Toshie Honda (Another, Tari, Tari) and animation production by P.A. Works (Angel Beats!, CANAAN).

Senior year is a tumultuous time in every student’s life, filled with tearful ends, and fresh beginnings. With their final year of high school underway, small-town girl Toko Fukami and her friends are about to be thrown into the real world. Where most graduates are ready to leave their lives behind and blaze their own trails, Toko has always had just one dream: to take over her family-run glassmaking business. But the arrival of unusual transfer student Kakeru Okikura shatters Toko’s formerly rose-colored life, when he begins to claim that he can hear a voice that predicts the future. And this voice has led him to none other than Toko! Kakeru’s arrival will not only change Toko’s life, but the lives of her friends as well, and something once broken, can never be perfect again.