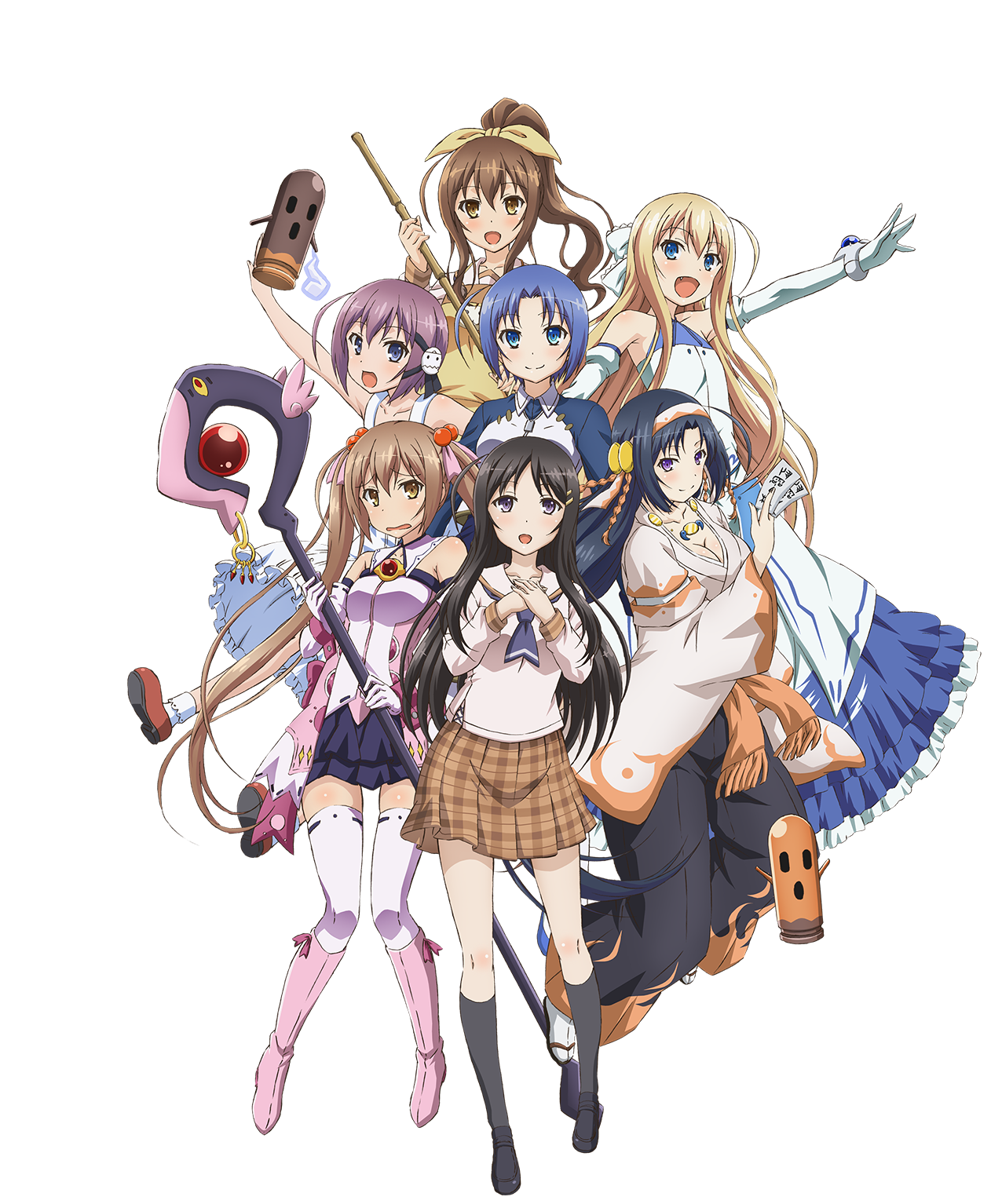 Can't....keep....up....with....Sentai Filmworks....press....releases! Next up is INVADERS OF THE ROKUJYOMA!? A romantic comedy series that aired earlier this year in Japan!

When high schooler Koutaro Satomi stumbles upon a suspiciously cheap apartment, he thinks he’s found quite the sweet deal. Although it’s a little small, the great location and low rent more than make up for it. But Koutaro’s bargain soon turns out to be more than he’s bargained for when he discovers that his apartment is haunted by an adorable girl ghost! This sweet-faced specter wants him out, and a battle of the wills quickly ensues. But just when Koutaro thinks he’s gained the upper hand, he’s interrupted by the arrival of even more unwanted houseguests who turn his home into a battlefield. Will Koutaro be able to take back control of his apartment, or will these strange new females stage a hostile takeover? What’s certain is Koutaro’s life is about to give a brand new meaning to the phrase “if it’s too good to be true, then it DEFINITELY is!”

Invaders of the Rokujyoma!? will be available soon through select digital outlets with a home video release to follow.
2014 Anime Expo Anime Expo INVADERS OF THE ROKUJYOMA Sentai Filmworks