Aniplex USA Will Import The Aldnoah Zero Soundtrack So You Won't Have To! 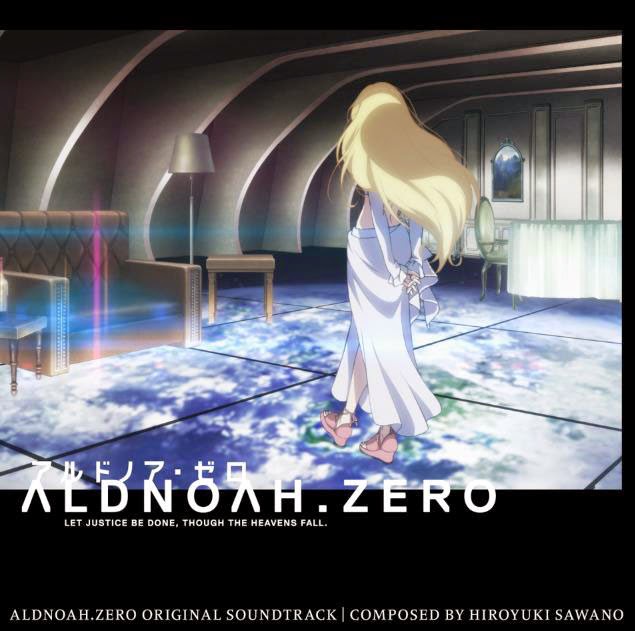 On February 10, you will be able to order the soundtrack for the anime Aldnoah Zero. Now if you haven't watched Aldnoah Zero, then stop reading and go to Crunchyroll RIGHT NOW and catchup! All you need to know is that it has Martians (humans) fighting earthlings and MECHS (called Kataphrakts) and well.... do you need more? Now being a Japanese import, it will cost a bit more than a standard US soundtrack CD, with a "Store Price" of $39.99.

You can buy it from Rightstuf.com

Full Press Release after the break
From Aniplex USA:

Original Soundtrack to Feature the Music of Composer Hiroyuki Sawano

SANTA MONICA, CA (January 28, 2015) –Aniplex of America announced today their plans to begin distributions for the ALDNOAH.ZERO Original Soundtrack (IMPORT) on February 10th. Fans can now enjoy the powerful music from this science-fiction anime series even on the go with this album of original songs. Pre-orders are now being accepted on the official homepage
(www.AldnoahZeroUSA.com) and through official retailers. Aniplex of America has also confirmed that this product will be available at a very limited amount and will be sold only while supplies last.

The ALDNOAH.ZERO Original Soundtrack will feature the unique sounds of Hiroyuki Sawano, who is in charge of the music for the anime series. Sawano’s one-of-a-kind composition style has captured the hearts of many fans since the series premiered last summer with new episodes of the second season streaming every Saturday on the Aniplex Channel, Crunchyroll (www.crunchyroll.com), Hulu (www.Hulu.com) and DAISUKI (www.Daisuki.net). Sawano’s work has been featured in many popular anime titles such as KILL la KILL, Blue Exorcist, Mobile Suits Gundam Unicorn and Attack on Titan.

ALDNOAH.ZERO Original Soundtrack (IMPORT) can be pre-ordered and purchased at:
www.Rightstuf.com/i/AOA6212
www.AniplexUSA.com/retailers

About ALDNOAH.ZERO Anime Series:
Fifteen years have passed since the hypergate collapsed on the moon’s surface, a catastrophe now known as the Heavens’ Fall, and the war between the citizens of Earth and the Vers Empire of Mars is now at a cease-fire. While they continued to disagree on who is the rightful heir to the ALDNOAH, an ancient Martian technology discovered not long after the celestial hypergate, Princess Asseylum Vers Allusia descends upon earth as a Martian ambassador. But, some were not willing to compromise. Inaho Kaizuka, a terran high school student… and Slaine Troyard, who swears his allegiance to Vers…the fate of three young men and woman cross as the Terrans and the Martians enter another war following the assassination of Asseylum.