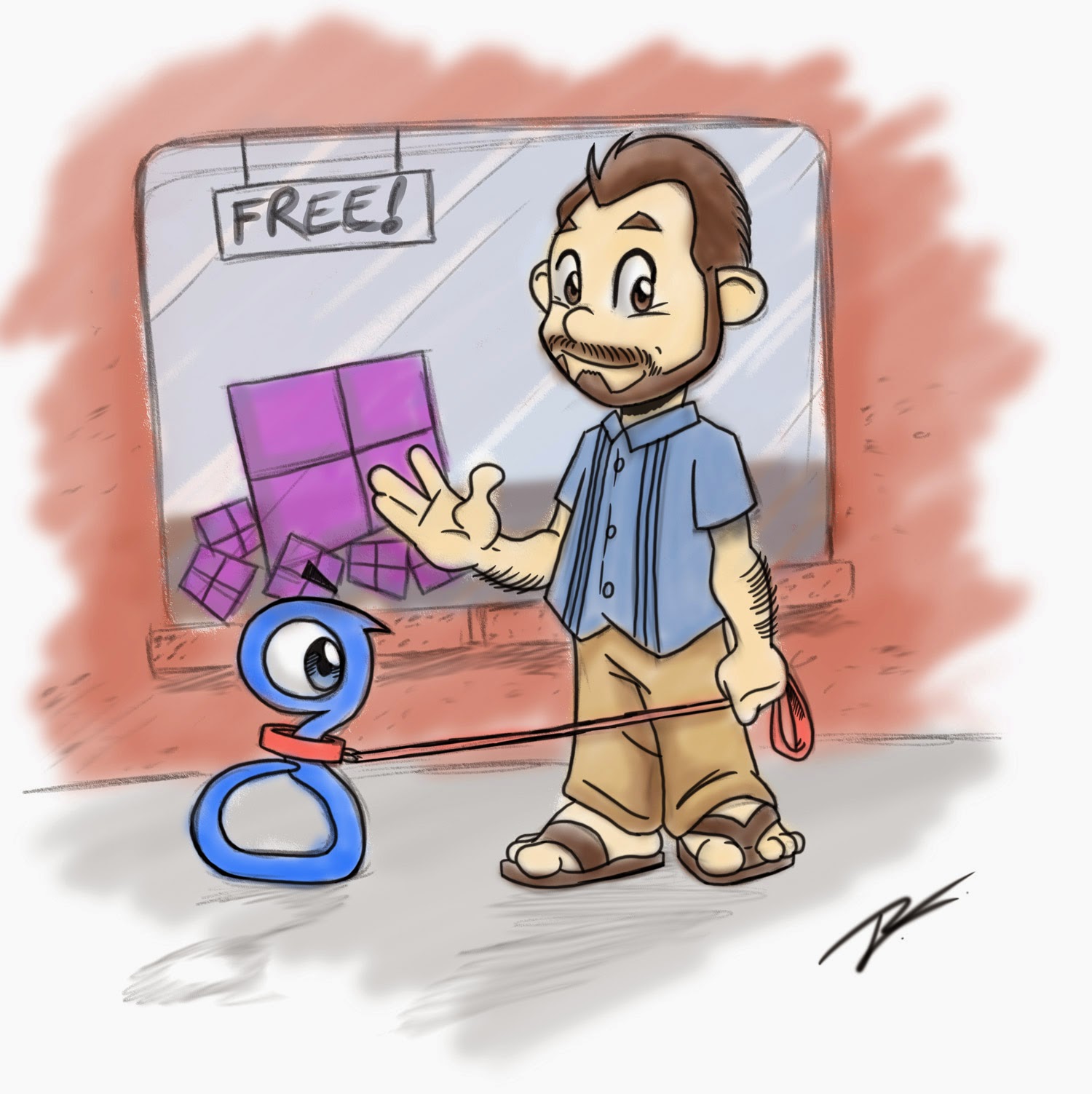 First, a confession. I am a Google whore. If there is one company whose products and services I completely swoon over, it’s Google. From Search to Google+, I use them all. I love the tight integration across apps and services. And all for my favorite price...FREE.

I also adore Android. What a great OS! So well woven into all of Google’s services and apps that I can’t imagine using any other OS for my phone. I’ve had a slew of Android phones and tablets. All of which have done everything I could hope for at the time except for one glaring detail...

I am an artist. I love to draw. At home, I had a standard desktop computer and a Wacom Cintiq 12wx drawing tablet. As an artist, there was nothing better than being able to create right in my computer. Except being able to create wherever I wanted, whenever I wanted. It’s because of this desire that I said goodbye to my Cintiq 12wx, my Nexus 7 tablet and invested heavily in a Surface Pro 2. As an artist, this device has been invaluable to my art. But this isn’t a Surface Pro review. And I promise that I’m coming to a point. 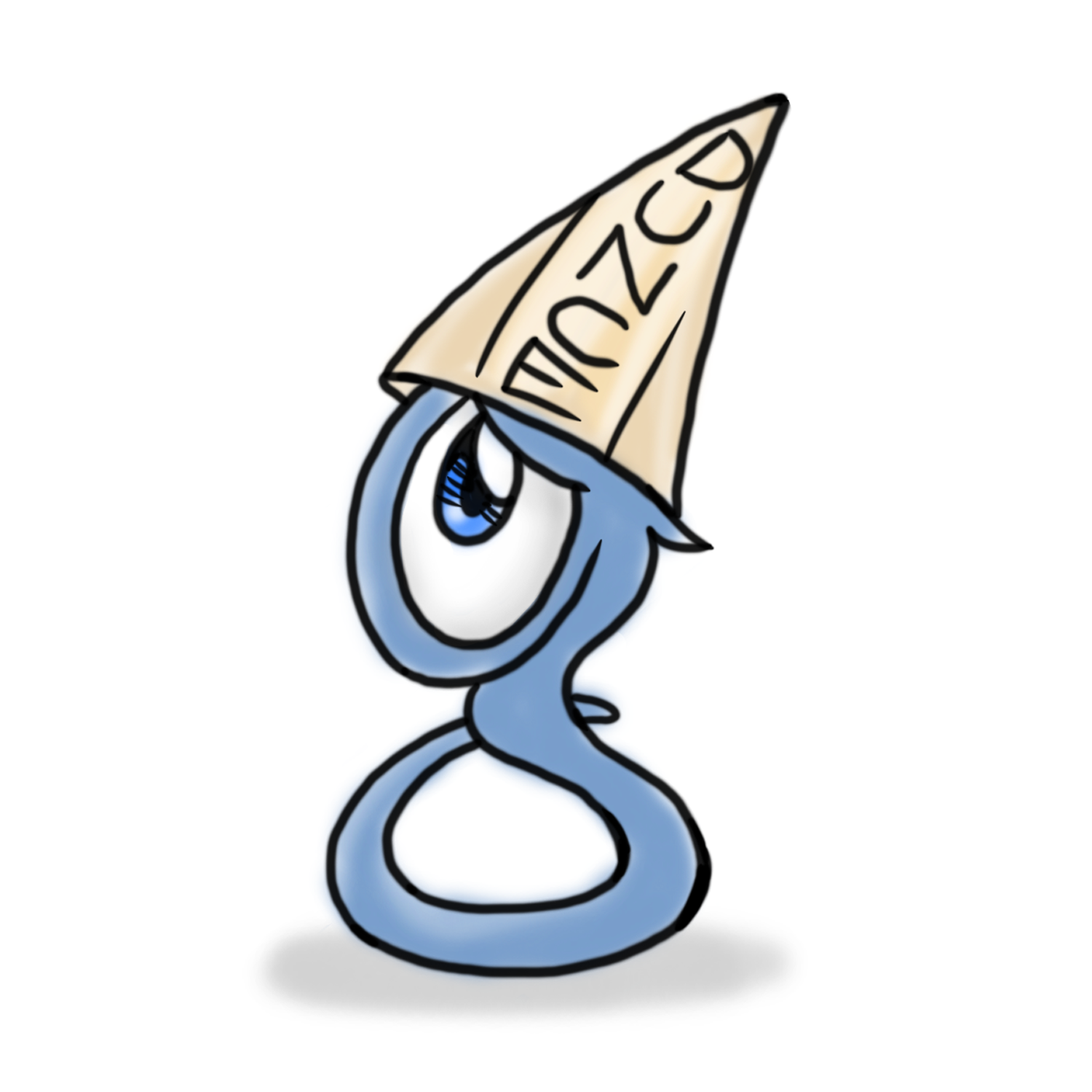 Google is being dumb

Google has without a doubt singled themselves out as an industry leader in technology. It’s one of the “Big 3”. A big three that before Google was just a “Big 2”.

Now it’s no secret that Apple, Microsoft, and Google have very little love for each other. Apple’s been making strides to leave Google in the dust. Releasing its own maps app and losing Google as the default search. Apple is trying to sever its reliance on Google. And it’s doing a pretty good job of it.

Microsoft has been doing the same thing. Releasing its Windows phone and tablet devices with tight integration into all of its other services.

Bing, Apple Maps, Siri, Cortana, It’s all happening right now. But Microsoft and Apple can afford to do these things. You want to know why? Because they have the top two operating systems in the world. They control the desktop experience. For serious artists, there is no other choice. As an artist, you want Adobe. And if you want Adobe, you are using either Apple or Microsoft’s OS.

So what does my art have to do with Google? Google is making a mistake. A big one in my opinion. 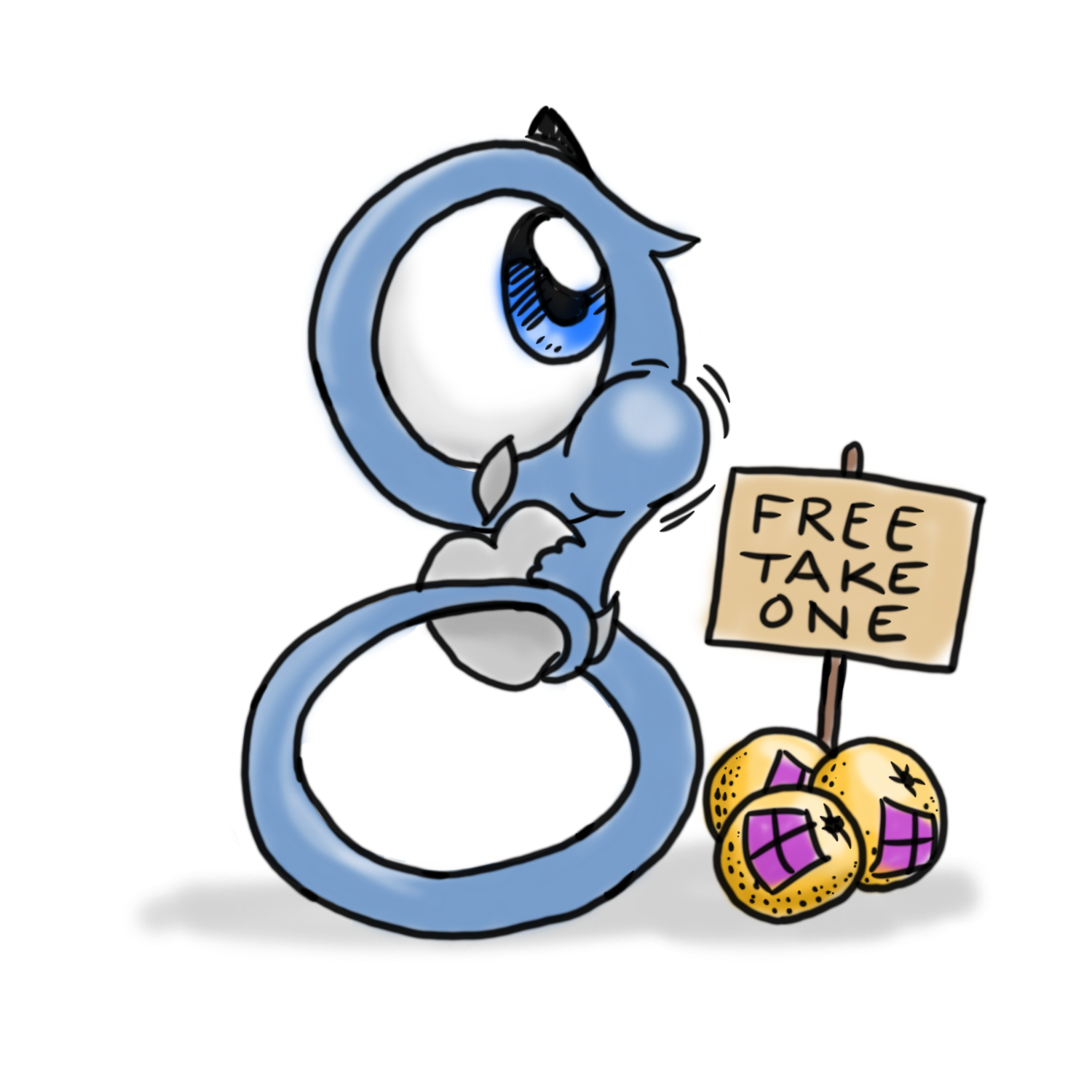 Google develops for Apple. Google couldn’t ignore the immense user base that Apple has and its foothold on the mobile market. Apple is a juggernaut and everyone is clamoring to develop for them. Apple has gone out of it’s way to make a mobile experience that works for everyone, from everyday end users to hardcore artists like myself. So Google develops all of its apps and services to work within Apple’s mobile and tablet OS. No surprise there.

Google has, however, gone out of its way to ignore Microsoft’s mobile and tablet platform. Google has fought Microsoft over their Youtube service and ignored the growing MS mobile user base. I’m not just talking about Windows Phone. I’m talking about Surface RT and more so now thanks to Windows 8/10, the Surface Pro. It’s a $1.1 Billion business that Microsoft isn’t ditching any time soon. And this is ultimately hurting only one company. Google. Because while I love Google, I love my art more. This means that I’m using the Surface Pro 2 ALL THE TIME. And this ultimately means that I’m slowly leaving Google behind.

As long as Google continues to make its apps and services unavailable to Microsoft users, it’s going to continue to lose users. Not just artists. But casual end users too. People who want to buy a device and have it integrated with every one of their online services. Search, Maps, Contacts, Documents, Cloud Storage, Social Media, etc. etc. Sure I can load up my Chrome browser and use all of Google’s services whenever I want, but the fact is that if I’m using a tablet like the Surface Pro line, I want my services integrated into the experience, not taking me out of it.

So where does that leave a Google lover like me? It leaves me using 3rd party apps or not using services at all. MetroMail, Gmail Calendar, OutCold Music player, the list goes on and on. 3rd Party devs are trying to make a good Google experience for MS users, and they're making a damn good one. However some can’t polish their products because Google is closing its doors to these developers. Making it increasingly difficult to build around their services. This means they don’t hold a candle to what Google could accomplish if they pulled their heads out of their tails, sucked up their pride and realized that they need to develop for Microsoft’s billion dollar business model. 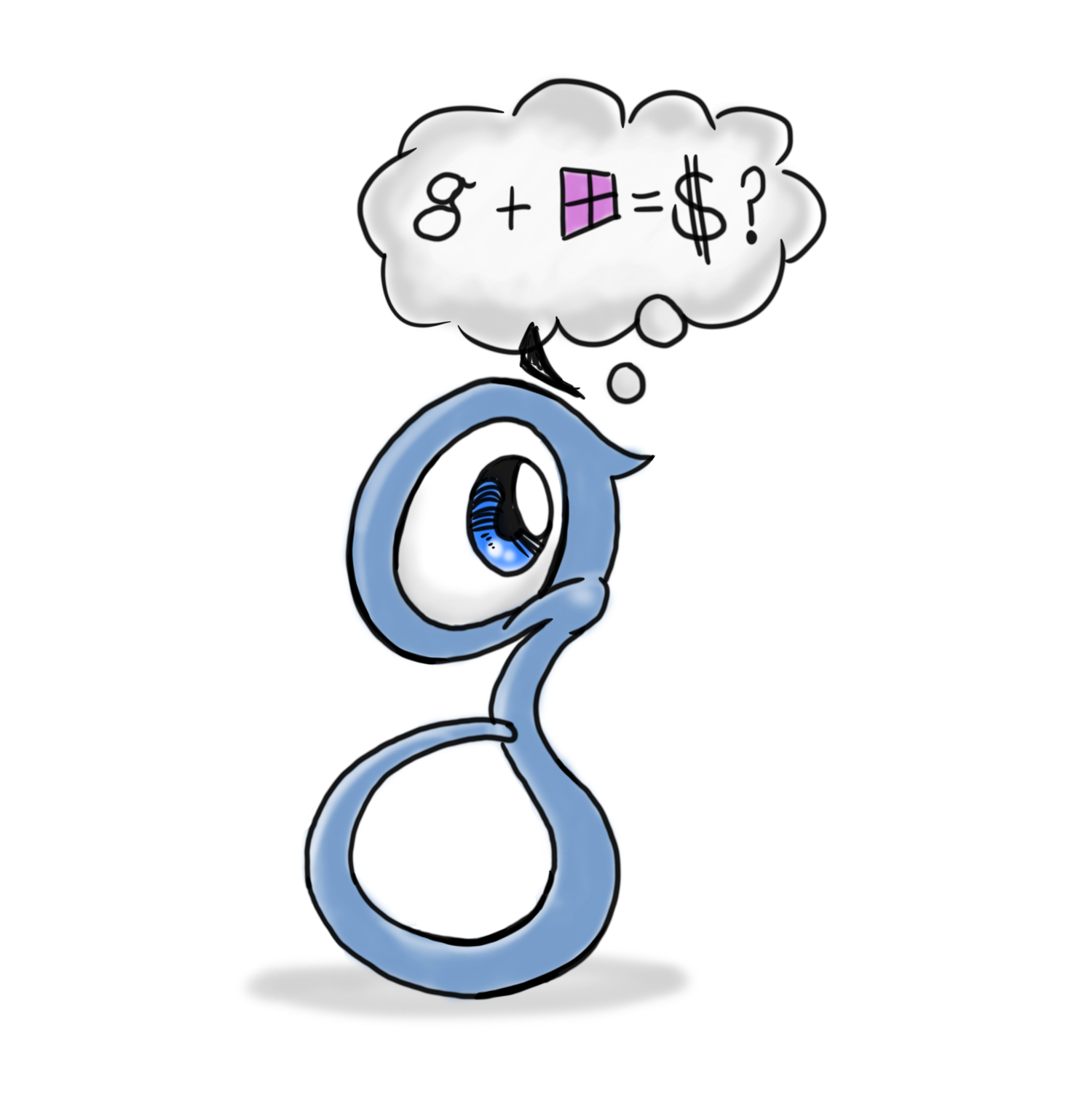 Lets do the math

Does Google want more people using their services? Of course they do. It’s simple business. More users=More data=Bigger profits. That’s why they develop for Apple. So it is time to make a dedicated Gmail app, a dedicated Calendar app, a Google+ app, a Picasa app, a Keep app etc. for Windows. Because the more users are forced to use Microsoft’s alternatives, the less they will care about having to open up a web browser to use Google’s version of these services.

Have you used Microsoft’s People app? It’s brilliant. I’ve got my Facebook, my Twitter, my LinkedIn, all of my social media in one place. My contacts are all linked and my feed is a mix of all these services. All except one.
Ever used OneNote? It’s wiping the floor with Evernote and especially Google Keep. Oh and Microsoft had the foresight to develop an Android version to make it even MORE useful.
What about Nokia Here? I’ve left Google’s map service behind for a more unifying solution. Nokia Here. It has a web interface, Android app, and Windows app to boot. All with syncing collections and downloadable maps. Sorry Google, yet another ball you’ve dropped. (Though to be fair, Microsoft should make a dedicated Bing Maps app for Android)

As it turns out, the grass is a lot greener on the other side of Google’s garden in many ways. Time to join the party Google. You may be one of the top dogs in the business, but if you keep resisting the trend, you’re going to lose. 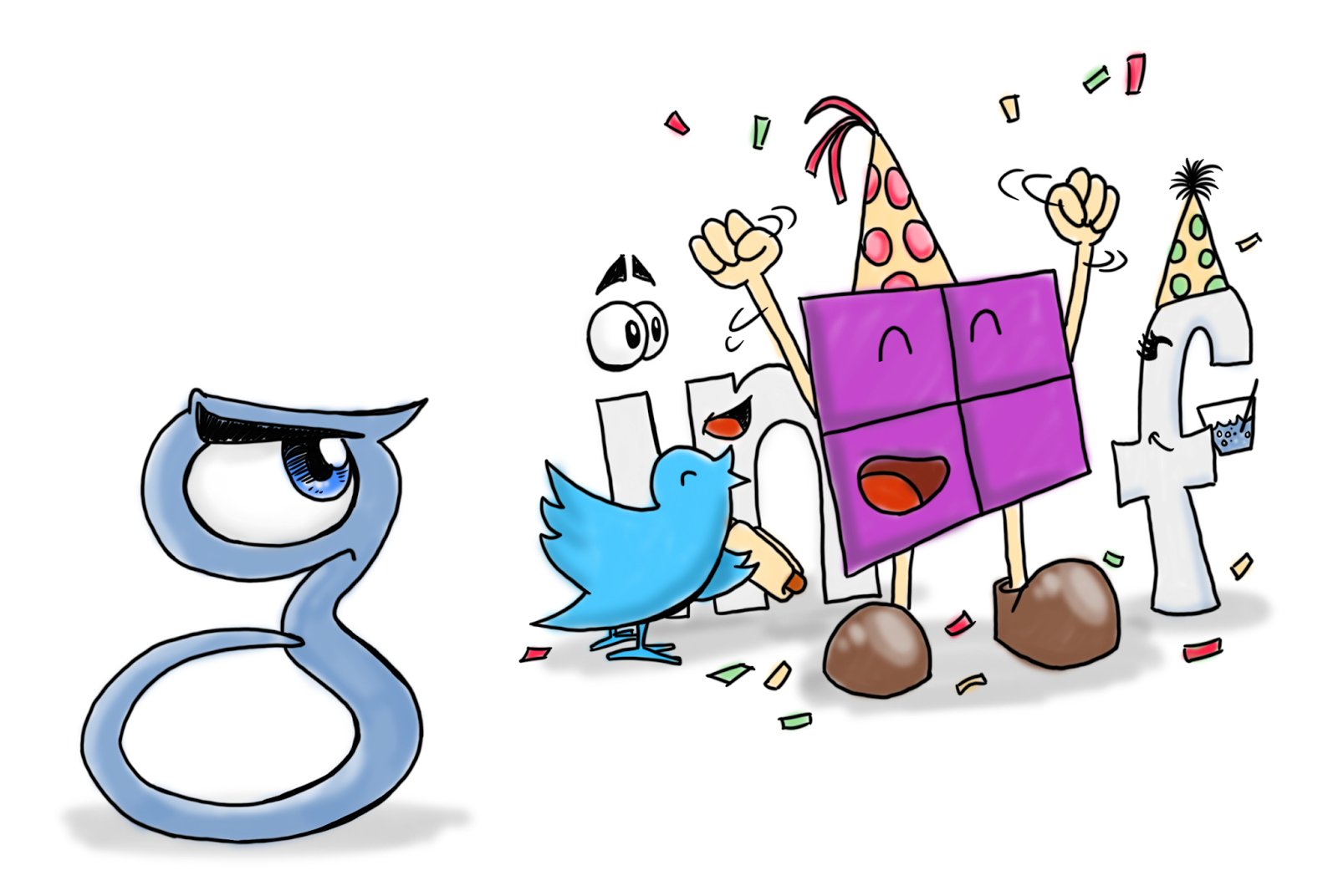 Give me your feedback. What other non-Google solutions have you ended up using on your Windows devices?
android Chrome desktop Google Microsoft Mobile Phone windows