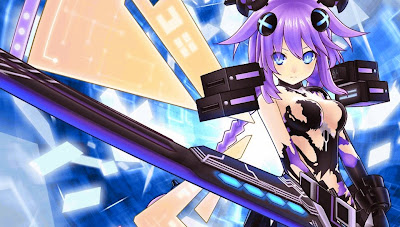 So, what happens when you take Tamsoft, the developer of the Senran Kagura games, turn the perv factor down to PG-13 levels while keeping the gameplay, and add the characters of the Hyperdimension Neptunia series? You get a great time waster with tons more story compared to various other games in the genre!

Is that a bad thing? Not whatsoever! Find out what we think after the break:

If you played both the Senran Kagura games and the Hyperdimension Neptunia games, you will feel right at home. If you haven't, then read on.

Taking place in the world of Gamindustri, the game console world from Hyperdimention Neptunia, HPNU brings the characters into an action paced world similar to the mentioned Senran Kagura or even to the Dynasty Musou/Warrior games. You choose one or two from any of the 8 main characters or 2 new "reporter" characters and fight the creatures and other enemies for a story that is being written about the main CPU's or CPU candidates.

Graphically speaking, the game may not be as polygon heavy as the previously mentioned games, but there is good reason for that. There will be times that you will have dozens of enemies on screen and in our playthrough, there was almost no slowdown. In a fast paced game like this, you want everything to run as smoothly as possible.

Speaking of smooth gameplay, we hit the only real downside i have had with the game. While most hack-n-slash games provide smooth, combo friendly action, some characters do not play too well in my opinion. Characters like Ram and Rom where more frustrating to play as while newcomers Famistu and Dengekiko, named after Japanese game magazines Famitsu and Dengeki, actually play really well. You can take on dungeons solo or in pairs and can switch between the 2 as well.

Audio is something that this game has that will make everyone happy. On top of tons of voiced sequences, you also have a choice of either English or Japanese voices. This is always a welcomed feature as I prefer to play games in their original language. Idea Factory knows what their fans want! 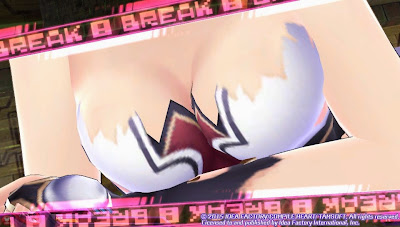 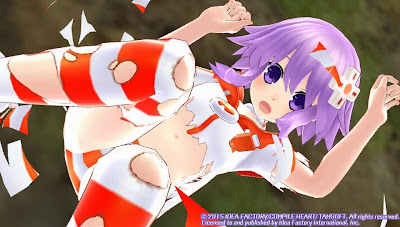 Yes, as you can see, clothing is destructible. Now, if that makes you squeamish or rushing to cover your child's eyes, realize that what you get in this game is NOWHERE near what you get in a game like Senran Kagura. 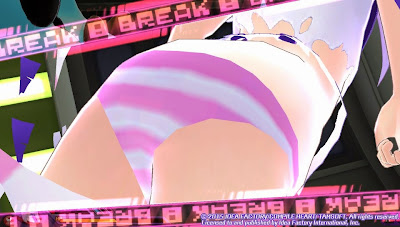 There is no nudity in this game, censored or implied.  What you see here is about as bad as it gets. If that is too much for you, you can also unlock clothing that is indestructible or clothing that is easily destructible for the closeted pervert in you. Idea Factory and Tamsoft seems to have covered every possible option. 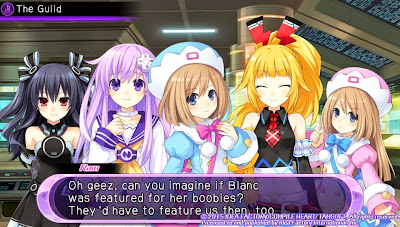 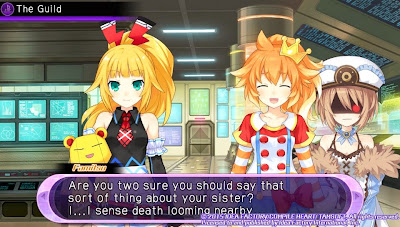 It's also nice that the sense of humor from previous Neptunia games as well as the art style is here. There are also some long story events, like previous games, which can give your thumbs some time to rest between fights. 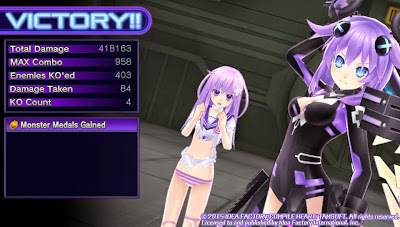 Should you buy this game? Well, you need to ask yourself "Do I like beating up random enemies?"  "Do I like JRPGs, but have no where near enough time to play them?" "Do I...." You know what? If you like hack-n-slash games like Dynasty Musou/Warriors or the Senran Kagura games, have a sense of humor and own a Vita then YES, you should buy this game. Idea Factory seems to be on a roll, heavily supporting the PlayStation Vita which is awesome considering Niche publishers seem to be the only reason the Vita is still alive in retail in the US. If you are a fan of this genre or the Vita, do yourself a favor and get the game. It is available NOW in retail and on PSN.
Action Unleashed Hyperdimension Neptunia U Idea Factory International playstation vita Tamsoft