Senran Kagura 2: Deep Crimson Has Gone Gold And Has A Release Date! 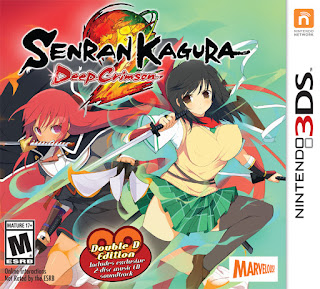 Well, considering I was surprised the first Senran Kagura and it's Vita counterpart, Sinovi Versus, got a US release,  it was just a matter of time before the 3DS sequel hit the US. Well, today Marvelous and XSEED Games have announced that the game is done and has a release date of September 15!

To celebrate, Senran Kagura Burst will be on sale in the Nintendo eShop for $19.99 and if you have a save file for SK Burst, you'll get Ikaruga's brother, Murasame, for FREE. If not, he'll be available for $4.99.