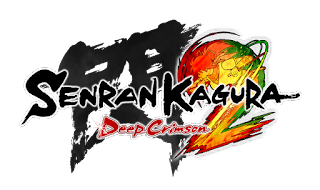 In a genre that seems to be overlooked, XSEED Games and Marvelous USA gives gamers a good reason to come back! Senran Kagura 2: Deep Crimson makes its US debut in a "Double D" edition that comes with a 2 disc soundtrack! Expanding upon the 3DS original, Senran Kagura is a 2.5D beat-'em-up. Now if your expecting the more "Musou" style of the PS Vita or upcoming PS4 version, be prepared as it's more of a classic beat-'em'up, with a more "adult" flair.  Now the series is rated M for a reason, so do not buy this for your 7 year old!!!

Read the full PR after the break


From XSEED Games and Marvelous USA:

Torrance, Calif. – September 15, 2015 – XSEED Games, the independent-minded console publishing brand of Marvelous USA, Inc., today announced that SENRAN KAGURA 2: Deep Crimson, the highly-anticipated and second 2.5D entry in the busty SENRAN KAGURA beat-’em-up series, is now available in North America exclusively for the Nintendo 3DS™ hand-held system. The game is available digitally via the Nintendo eShop for $39.99, as well as in a limited “Double D Edition” retail release for $49.99, the latter of which includes two music discs containing a total of 60 tracks and representing the game’s entire score.


Once again showcasing the series′ trademark high-flying, clothes-ripping battle mechanics, SENRAN KAGURA 2: Deep Crimson follows the events of SENRAN KAGURA Burst, sending all 12 of the original cast members on another supernatural martial arts adventure through modern Japan. For the first time in the series, shinobi can fight in pairs, covering each other’s backs and combining special techniques as needed, or fight alone to give their partners time to recover after bouts of intense combat. One player can control both team members, switching back and forth at will, or two players can fight side by side in local or online co-op mode.

Players who have SENRAN KAGURA Burst save data on their SD card will receive Ikaruga’s brother Murasame as a playable character for free, while players without this save data can still purchase everyone’s favorite incompetent ninja for $4.99 via the Nintendo eShop as premium DLC.


XSEED Games is also sharing a loaded package of assets, including a brand new trailer, to time with this announcement.


Developed by Marvelous Inc. and Tamsoft, SENRAN KAGURA 2: Deep Crimson is now available throughout North America in both physical and digital formats exclusively for Nintendo 3DS. This title has been rated “M” for Mature by the ESRB.