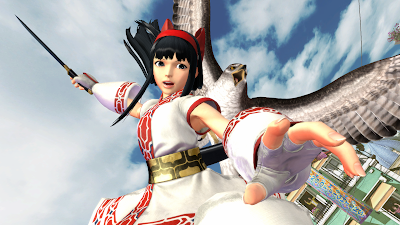 No, that isn't a typo. SNK Playmore is now just SNK and with that, also announced that KOF XIV will land in the US on August 23 for the PlayStation 4! When initially announced last year, the game didn't look so well, but weeks and months later, the game looks great. While we do miss the traditional hand drawn 2D look from the previous 297 versions, it will not stop us from choosing one of 50 fighters to beat up others with! Also, a "Day One" edition will be housed in a Kyo designed steelbook and a classic Kyo costume will be available for the 1st week for free!

Full Press Release After the Break!
From Atlus and SNK!

THE KING OF FIGHTERS XIV Launches Aug. 23 --Pre-order/Day One Edition Details Below! 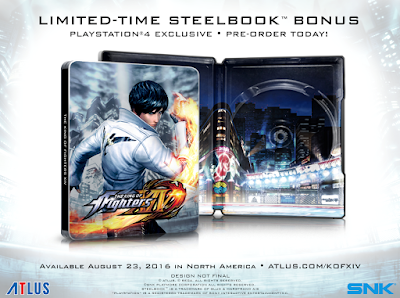 Plus, for the Week Following Launch, the Classic Kyo DLC Costume will be Free!

The legendary KING OF FIGHTERS returns for its latest numbered entry on August 23 this year with KOFXIV. When it arrives however, players will get more than they bargained for....

...because ATLUS is creating a special Pre-order/Day One edition! Only available while supplies last as a bonus item for THE KING OF FIGHTERS XIV is a collectible SteelBook™ emblazoned with the series' fiery mainstay, Kyo Kusanagi, literally burning to fight. It's the perfect collectible for fighting game connoisseurs who want to own a memorable piece of KOF history.

But we're not stopping there (maybe you're not understanding the tagline "Burn to Fight!") because Atlus U.S.A. is ALSO making the Classic Kyo DLC costume free for the week following launch as a download on PlayStation Network! 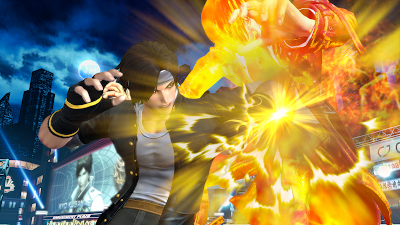 And in case you missed it the last time around, here are the top-line refinements for THE KING OF FIGHTERS XIV:
The game will be $59.99/CA$79.99 at launch. 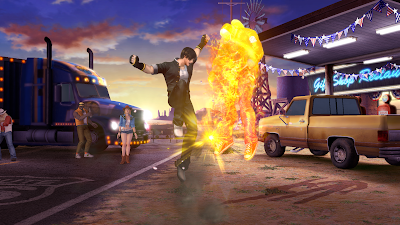