What Did I Think Of The Nintendo Switch Press Conference? 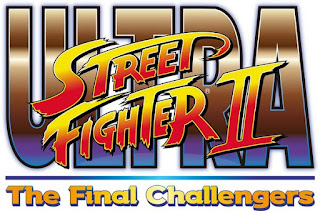 SOLD! While not mentioned directly in Nintendo's press even, it did get like 1 second of screen time. After that, Capcom opened the floodgates. "Switch" between classic and HD sprites, multiplayer, and Evil Ryu and Violent Ken join the cast! Yes, it's not Street Fighter 4 or V, but it's Street Fighter!

More info at Capcom-unity
UPDATE: Videos added below
As for the rest?
In a 1st for Nintendo, the system is REGION FREE! About time!
Legend of Zelda Breath of the Wild IS a launch title, which happens to be March 3rd!


Sonic Mania coming out as well this spring!

Yes, only a few of these were mentioned or shown, but Nintendo it uploading trailers as I type! Nintendo US will have a treehouse event in the morning as well, so expect more in the next 8+ hours!
Ultra Street Fighter 2; The Final Challengers; Nintendo; Switch