Besides the opening movie shown above, there is more information after the break.
From Idea Factory International:


LOS ANGELES, CA., May 5, 2017 - Attention Special Valkyrie Force! A new Opening Movie and new interview system screenshotsfor Dark Rose Valkyrie™ have just been released. Review the following information and prepare to fight the Chimera on the PlayStation®4 system on June 6 for North America and June 9 for Europe, in both physical and digital formats!

In the interview system, you must get testimony about a character to suss out who is lying about a certain topic. As you question each person about a topic, you can get proof to corroborate or expose their testimony using special interview skills. You are given a set amount of questions you can ask, so you can either choose to ask multiple people one question, or reserve all of your questions for one person.


Once you've gathered the information needed, you'll compile them into a report and declare who you feel is lying (if anyone is). If correct, you'll get rewards in the form of currency, items, and more! 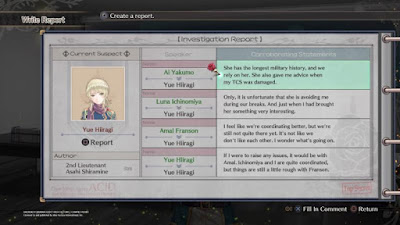 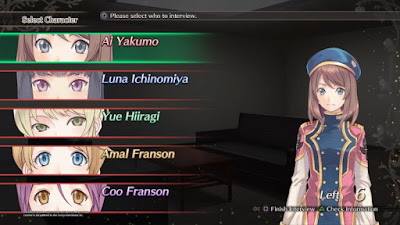 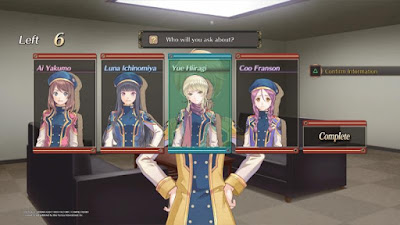 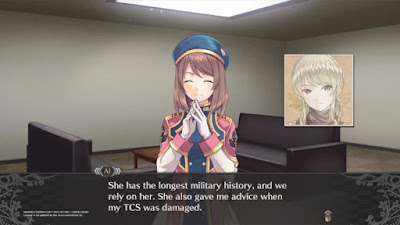 Featuring the talents of Tales of series scenario writer Takumi Miyajima and Tales of series character designer Kosuke Fujishima, this JRPG for the PlayStation®4 system appoints you to lead an elite military force known as ACID (Anti-Chimera Interception Division) to stand between humanity and those transformed by a mysterious virus. Fight using customized weapons, team attacks, the powerful Overdrive mode, and more! But beyond battle, you'll have to interrogate teammates to find who's been turned in order to save the world. Will you find the traitor in time?

The cause: a mysterious virus carried over by a meteorite known as the Black Garnet, which had crashed into earth long ago.

At its inception, the Chimera Virus wiped out 3% of the world's entire population. To stave off the pandemic, Japan closed its nation to the rest of the world and formed a covert military agency known as ACID (Anti-Chimera Interception Division) to combat the remaining Chimera in the country.

Over time, ACID established within itself a special unit known as Special Force Valkyrie. You must lead this force and eradicate the Chimera that remain to this day!