Ys VIII Lacrimosa Of DANA Coming To The Nintendo Switch! 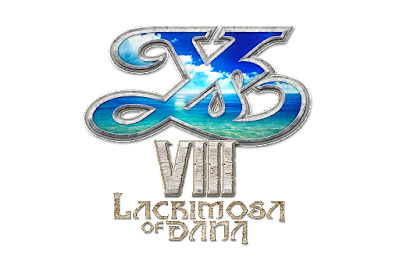 We all new Nintendo was having a Nintendo Direct today, but what we didn't know was what Nintendo had planned. This caught many people off guard. Ys VIII will be making it's Nintendo Switch debut this summer! A whole lot isn't known, like if this port is based off the Vita, PS4 or PC version of the game, but NIS America will be releasing this in both standard and Limited Editions! While the standard edition can be found anywhere, the Limited Edition can only be ordered through NIS' website here.

You can read the press release after the break
From NIS:

Santa Ana, CA (January 11, 2018) – NIS America is proud to announce Ys VIII: Lacrimosa of DANA will be released for Nintendo Switch™ for North America and Europe in 2018! Details of features exclusive to the Nintendo Switch™ version of this game will be provided at a later date.

About the game:
Ys returns with a brand new adventure for the first time in 8 years! Adol awakens shipwrecked and stranded on a cursed island. There, he and the other shipwrecked passengers he rescues form a village to challenge fearsome beasts and mysterious ruins on the isolated island. Amidst this, Adol begins to dream of a mysterious blue-haired maiden living in an unknown world. Join Adol as he unravels the riddle of the cursed isle and the blue-haired maiden Dana in Ys VIII: Lacrimosa of DANA!

Key Features:
An Epic Tale - Follow Adol on his latest adventure and uncover the mysteries of the cursed island.

Party On! - Change your playable character on-the-fly as you battle ferocious foes in lightning-fast combat.

Another Side - Unravel the mystery of the blue-haired maiden Dana through her unique gameplay sections.

It Takes a Village! - Rescue your fellow shipwrecked passengers and bring them to your village where they will provide valuable services.