Well, the surprise was already spoiled, like many others, by a certain website, but now it's official. On October 2nd, you'll be able to explode heads left and right in English or Japanese. You can read the press release after the break.
From Sega: 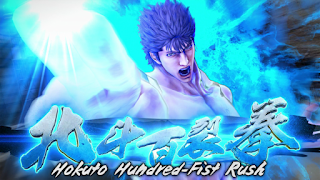 ...We would also like to announce that Fist of the North Star: Lost Paradise will be launching in North America and Europe on PlayStation®4 on October 2, 2018! Brought to you by Ryu ga Gotoku Studio, the development team behind the acclaimed Yakuza series, Lost Paradise is a high-intensity action-adventure RPG based within the world of the beloved Fist of the North Star manga. Players take control of Kenshiro as they progress through an alternate universe of the original story, explore the post-apocalyptic wastes of the Earth in a customizable buggy, and tear through groups of thugs using Kenshiro's signature Hokuto Shinken techniques. Lost Paradise will launch exclusively in both physical and digital formats on the PlayStation®4 on October 2, 2018 for $59.99. Pre-orders are available now at http://lostparadise.sega.com/. 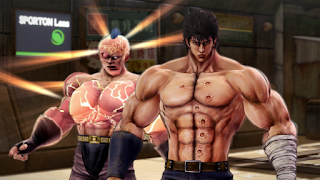 As you might expect from Ryu Ga Gotoku Studio, Lost Paradise's world is packed with character-developing and world-building side missions, as well as a collection of hilarious minigames. From buggy races and rhythm-based Hokuto Shinken chiropractic therapy sessions, to managing a nightclub and more, there are plenty of adventures that explore the world outside of battle in new and creative ways. Combat and character progression also play major roles in Lost Paradise. Kenshiro fights using classic Hokuto Shinken assassination techniques unlocked with experience earned throughout the story, by defeating enemies, and completing side missions and minigames. Get a first look at Lost Paradise with full English VO in the announcement trailer here! #YouAreAlreadyDead
A hands-on playable demo of Fist of the North Star: Lost Paradise will be available at the ATLUS / SEGA booth at E3 2018 (West Hall #5222), which runs from June 12-14 in Los Angeles, California. 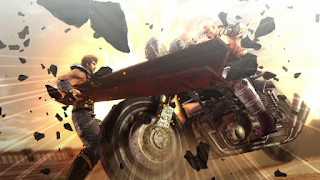