Actor Kevin Conroy passes away at 66 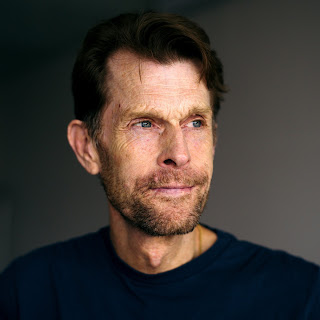 Today is a sad day for geeks and nerds. We lost a piece of our youth. Kevin Conroy has passed away at 66.

This loss is a gut punch to many. To the children of the 80's, 90's, and beyond, Kevin Conroy's voice was the definitive performance of Batman and his alter-ego Bruce Wayne. I cannot put my grief into words. So in lieu of platitudes and condolences to the world, I'll share a short story.

I was covering an event at San Diego Comic-Con and we were doing round table interviews with Warner Bros. talent. Paul Dini, Mark Hamill, and Kevin Conroy were in attendance being ushered from table to table by their handlers. This is typical of press events at these sorts of things.

The event was handled so poorly that it was running extremely late. We only had mere moments to talk to Paul Dini. He was the only talent that we got to actually interview. Paul was as awesome as he always is. Open and willing to converse. After his time was over, a handler ushered Kevin Conroy to our table. This was a mistake. He wasn't supposed to be at our table yet. It didn't matter because after getting out a quick hello to us, the event coordinator announced that time was up and we all had to leave.

The handlers quickly began gathering up the talent and ushering them out. The teenage fanboy in me took over and kicked my professional reporter persona in the face. I pulled out a copy of Batman Beyond: Return of the Joker that I had purchased on my way to San Diego and gestured to Kevin. Kevin's handlers were not pleased. He was already stepping away from our table. But he stopped, turned, and proceeded to take the 3 seconds it took to sign my copy of the movie. He was then quickly ushered away.

The event coordinator saw him sign and proceeded to bitch on his way out "Fucking autographs at a press event, really!?" Or something along those lines. I'm not remembering the quote exactly, but the tone is 100% accurate.

Was this highly unprofessional of me? Absolutely. But you know what else it was? It was highly human of Kevin. He didn't care that he was being all but shoved out of a room that he had only minutes in. I can't even be sure that he got to do a single interview. But in that moment, he took the time to care that I wasn't just a reporter, but that I was a genuine fan.

This Blu-Ray of Batman Beyond: Return of the Joker is one of my prize possessions. Not only is it an amazing movie, signed by Batman, it is a symbol of Kevin's kindness. 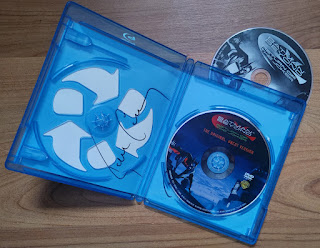